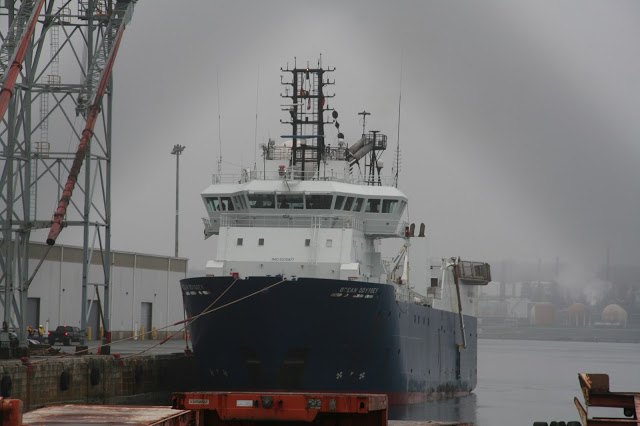 Offshore exploration is ramping up, with 3 more Western Geco Survey ships due.
Ocean Odyssey(Above) is already tied up at pier 27, and the port is showing that Geco Tau, and WG Magellen and WG Cook are due to arrive.

WG Magellen and WG Cook are interesting vessels, as they are built to the Ulstine X-bow design, and I belive are the first vessels of the design to visit Halifax.

Also Due is the Offshore Supply vessel Riverton. Riverton is the Ex MV Smit-Lloyd 112  built in 1975 and was used as an “OffShore Supply” vessel in the North Sea and later for Canadian Patrol Frigate Trials Support & General Purpose Auxiliary in the RCN.  She is owned by Cape Harrison Marine, Who Also own the Ex RCN Minesweaper Anticosti, which recently suffered an engineroom fire.

Riverton will likely serve as a tender to the Survey vessels while they are on station. 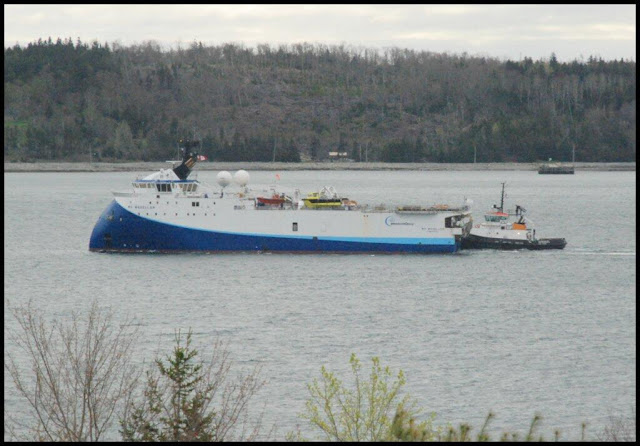 the fleet is scheduled to depart on tuesday for he exploration grounds, and will be working for Shell.

UPDATE 2: More of the Fleet 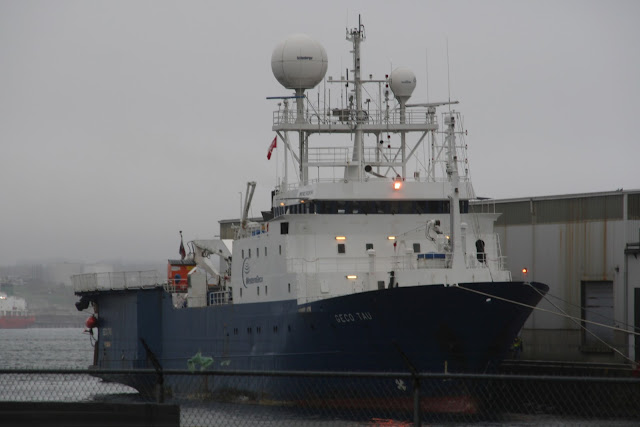 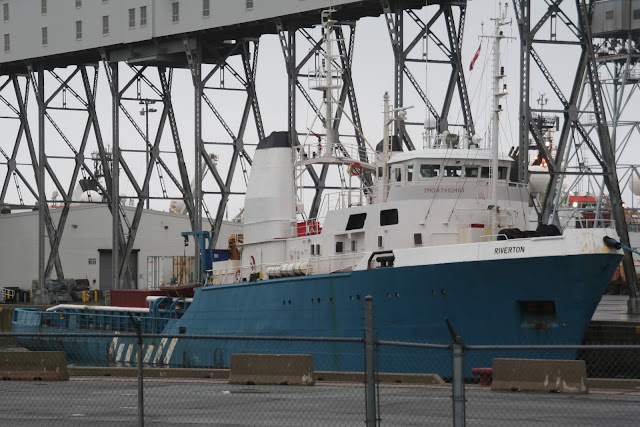 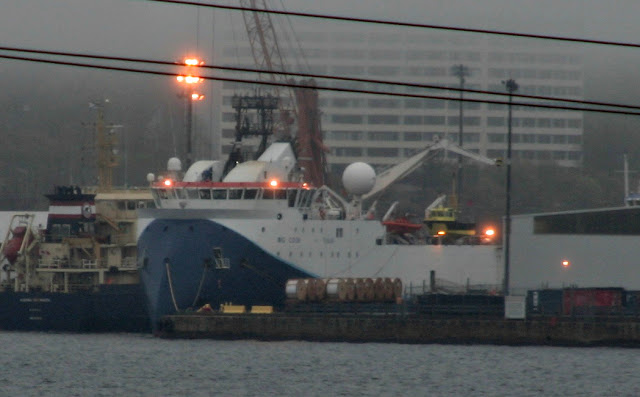 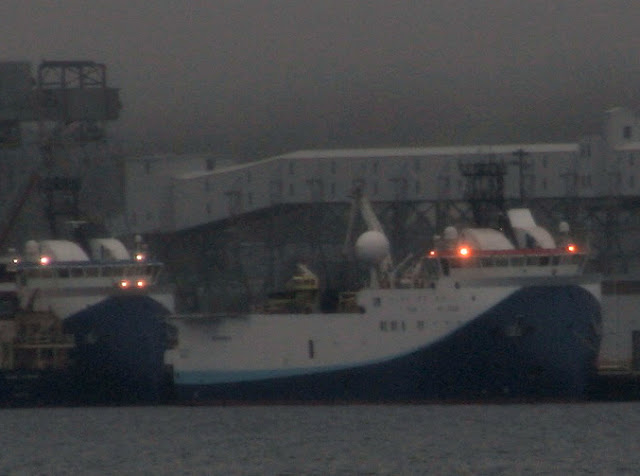