With the Recent announcement of names for the Joint Support Ships, commemorating battles during the war of 1812- The Government both Kept and broke with tradition. Both vessels are named for Canadian Places, though are new names, not used in the past. traditionally Battle Honours are bestowed on vessels as rewards for”the achievements and sacrifices of naval personnel in defense of this country and our allies”

The naval review brings up the point “That in 1917/18 the navy named the Battle-class trawlers for selected First World War army battles, e.g. HMCS Vimy.  This time frame, however, was before the award of army Battle Honours” 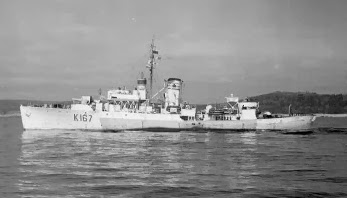 The author, David Freeman wonders why not commemorate vessels with Battle honors; Camrose, Lunenburg, Prescott, Port Colborne and Woodstock all have 5 honors each, and the names are not currently in use. There are a number of vessels with 4honors – Kitchener and Stormont; 3 honors – Alberni, Baddeck, Drumheller, Georgian, Grou, Matane,  Mimico, Moose Jaw, Parrsboro, Rimouski and Ste. Therese.

Hopefully when it comes time to name the 6 AOPS, some of these vessels names will be reused. 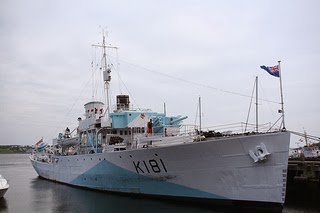