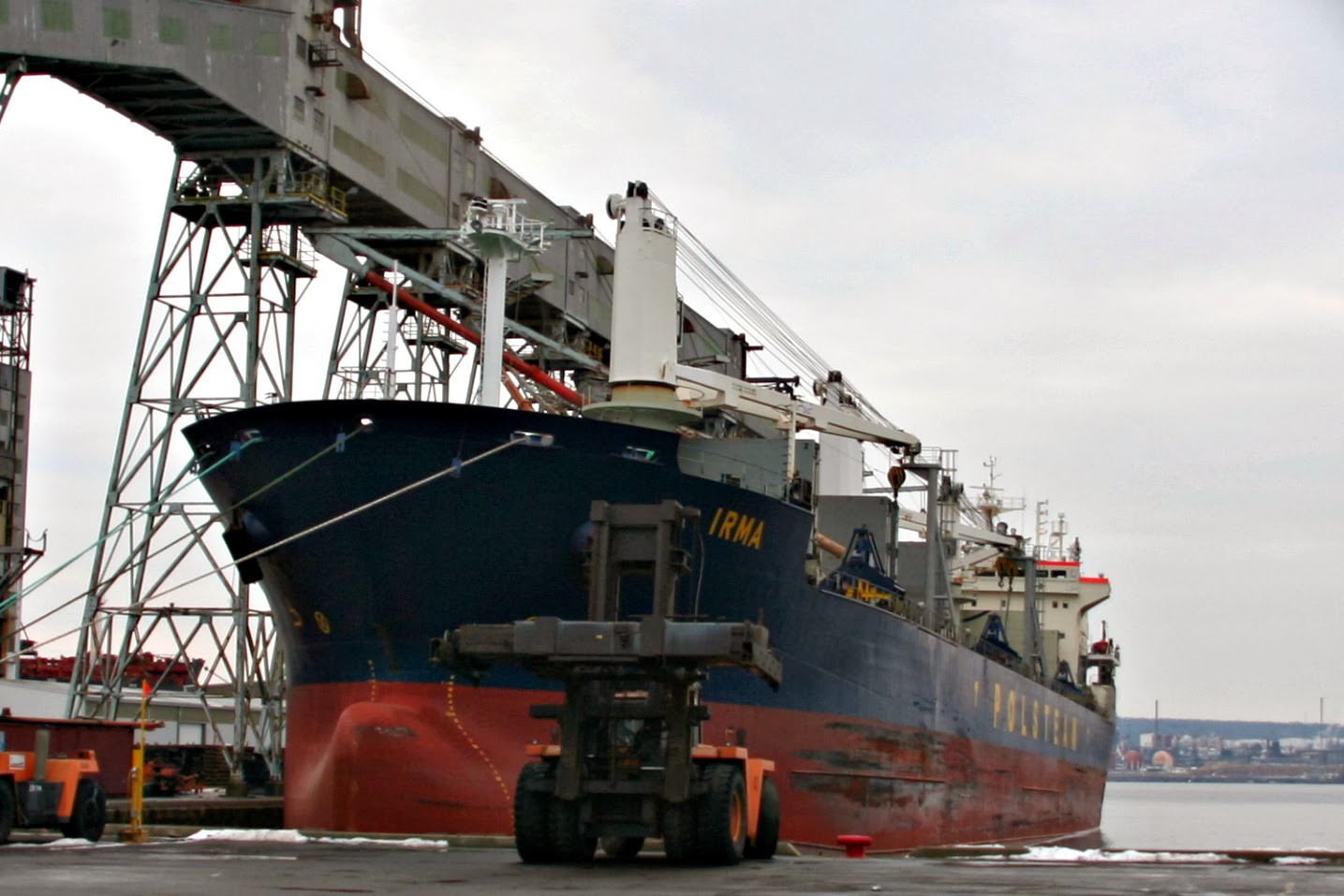 The Bulk carrier Irma arrived this morning for a load of grain. This year was apparently a good year for grain, and ice was causing problems on the seaway before it closed for the winter, potentially requiring changes to shipping arrangements. Draft restrictions usually cause larger bulkers to top up in Halifax, However given how high Irma is out of the water, she is empty.

Update: I received an Email from the the Port Authority. Irma is being loaded with wood pellets, not grain. I was also informed that this is the first shipment of wood pellets in a number of years.


Grain Pellets were flowing from one of the spouts when I was by this morning.  For a View of the process, this post shows the loading of Patron last year.

Addtional Update: The wood pelets in question are from the Scotia Atlantic Biomass Company, which was formed when Viridis Energy acquired a pellet plant that was dormant in 2012. It was renamed Scotia Atlantic Biomass Company Limited and refurbished before opening in September of 2013. The plant is based in Middle Musquoboit, Nova Scotia with storage and port loading facilities in Halifax, Nova Scotia.

In 2013 Viridis signed a contract with Ekman & Co., based in Sweden to distribute our pellets throughout Europe for power generation, district to heating and residential heating. Halifax is just over 3,000 km to Rotterdam, the hub import for Europe. The tremendous location enables the company to take advantage of the rapidly growing demand for pellets in Europe.

Irma is currently loading 25,000 tonnes of wood pellets that are bound for Ghent, Belgium. The value of the shipment is 3-4 million dollars. She is due to Sail on the 5th. (Below our some loading shots, Courtesy of a friendly Longshoreman (thanks!)) 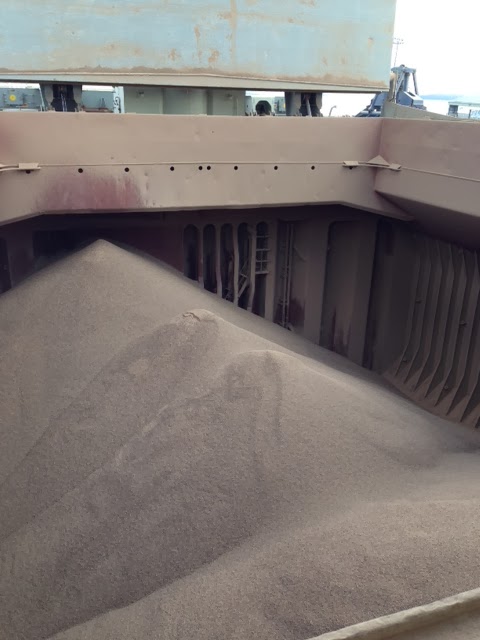 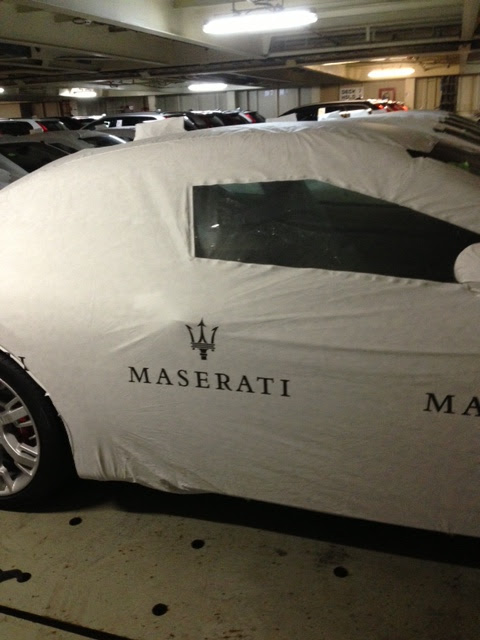 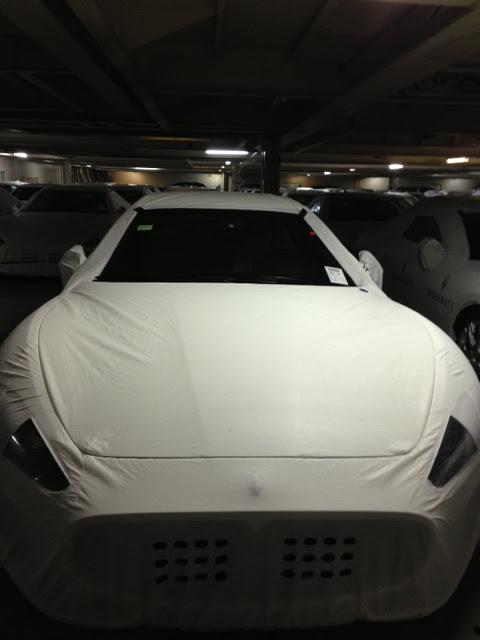