Recent CSL Arrivals make a good lead into Bulker terminology. Firstly a bulker is a Bulk Carrier – they typically carry bulk cargos such as gravel, salt, grain, gypsum, wood pellets etc. They come in 2 Basic Types – Geared and Gearless.
Atlantic Huron is a Geared bulker, She carries her own fixed to ship unloading Gear. 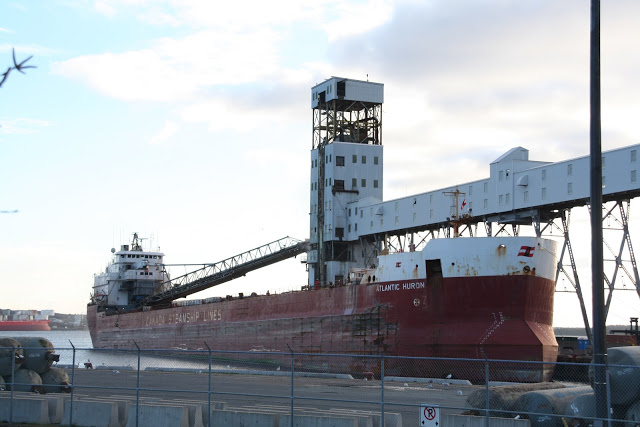 Atlantic Huron is built to Seaway max dimensions, hence its stout appearance. Passing through tight locks also leaves her sides looking rough as seen in a stop from 2012 . Compare her to CSL Tacoma Earlier in the week, which is only built for ocean travel.  (Below) 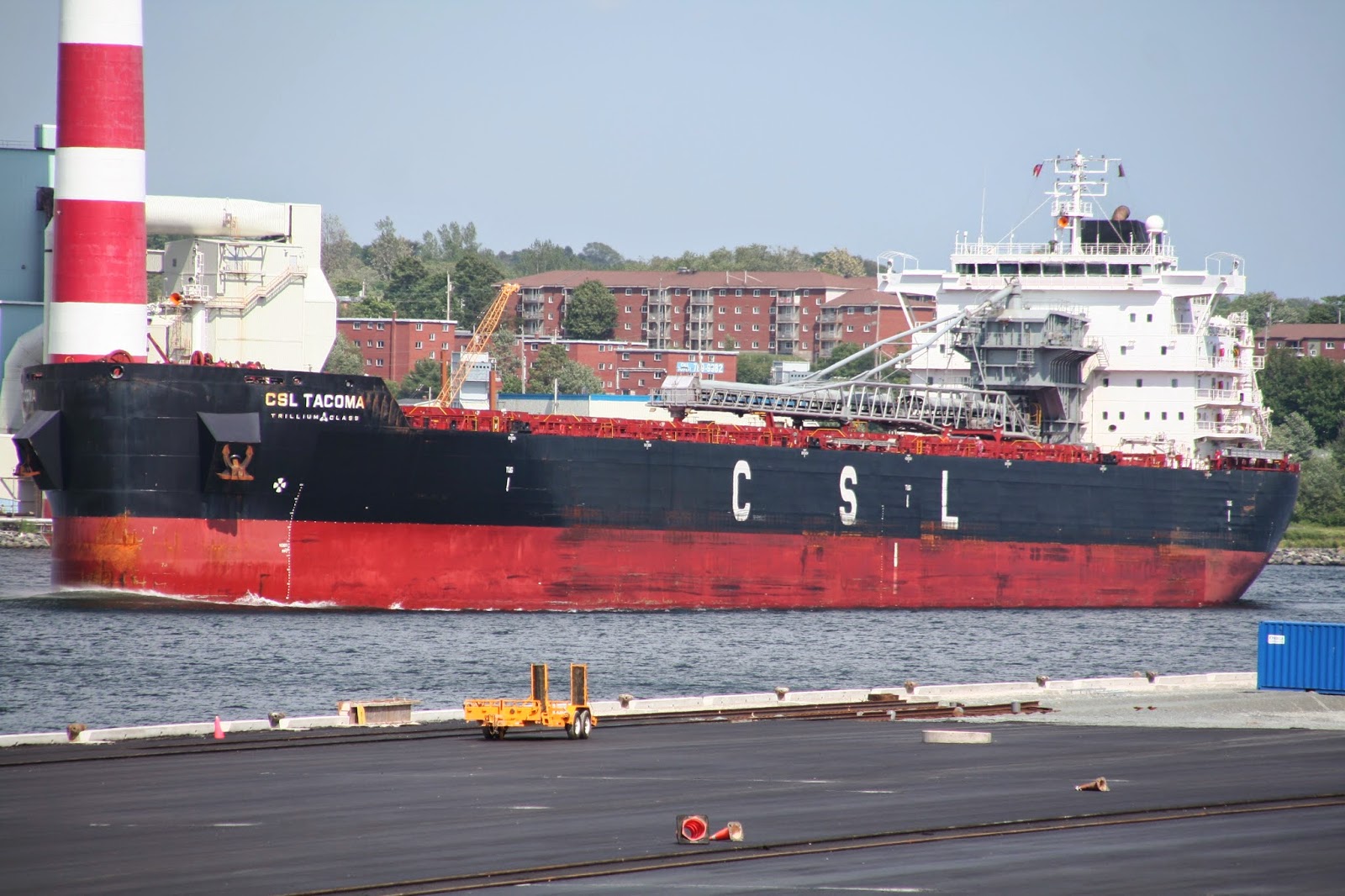 Both of these bulkers are self unloading. the Holds empty onto a conveyor belt, that travels up and to the end of the boom. this greatly speeds the unloading process though at a cost of capacity. Atlantic Huron at top is unloading to the Halifax grain Elevators, but you can truly See the power of the unloading boom on CSL Metis in Tampa

Malmens (below) is a much smaller bulker, and usually carries gravel. She too is a self unloader with her boom mounted midship, and able to swing out over the pier. 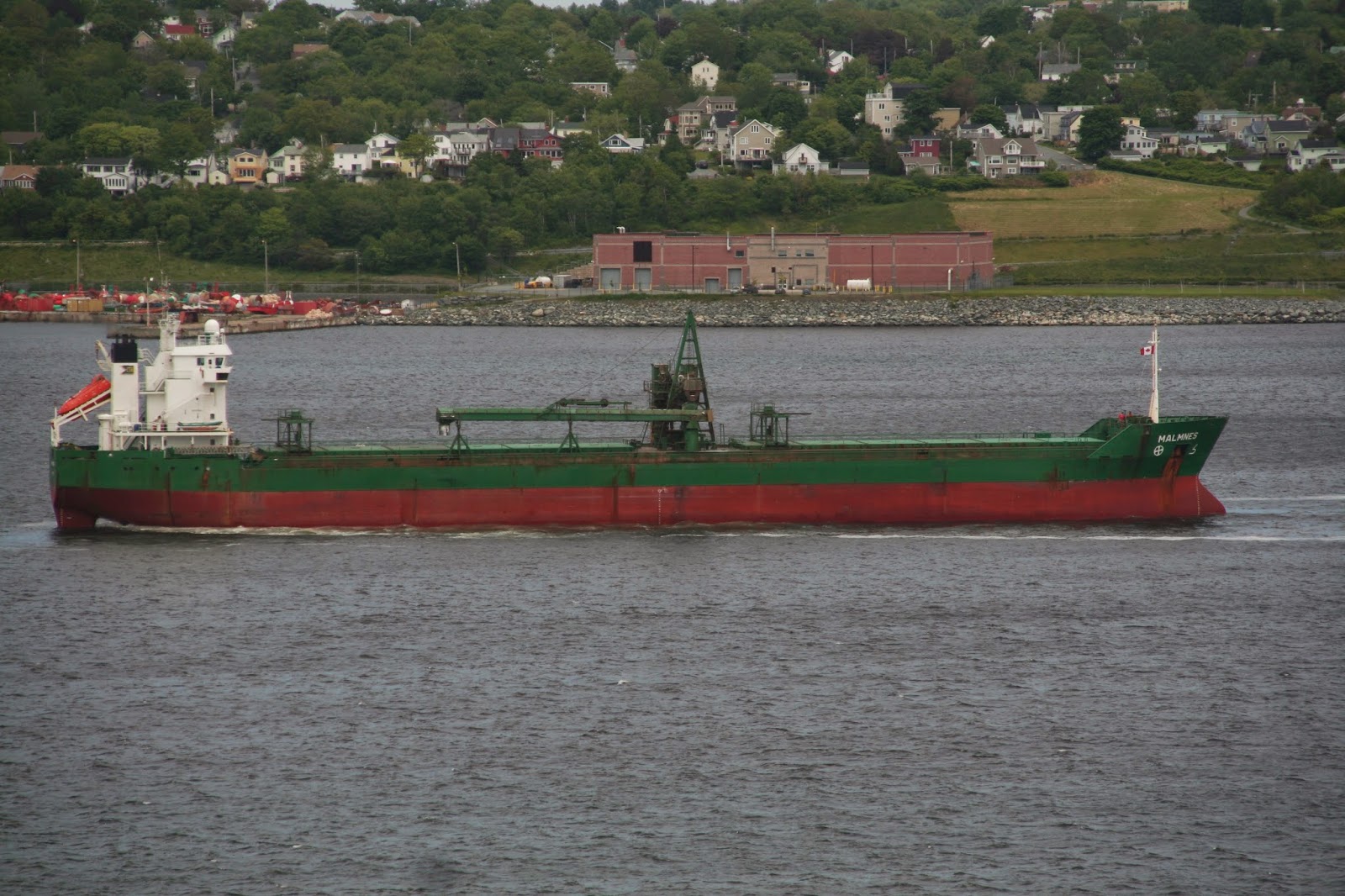 Another type of geared Bulker uses cranes and clamshell buckets for unloading. Universal Amsterdam clearly shows the clamshells on deck between the First and second Crane. 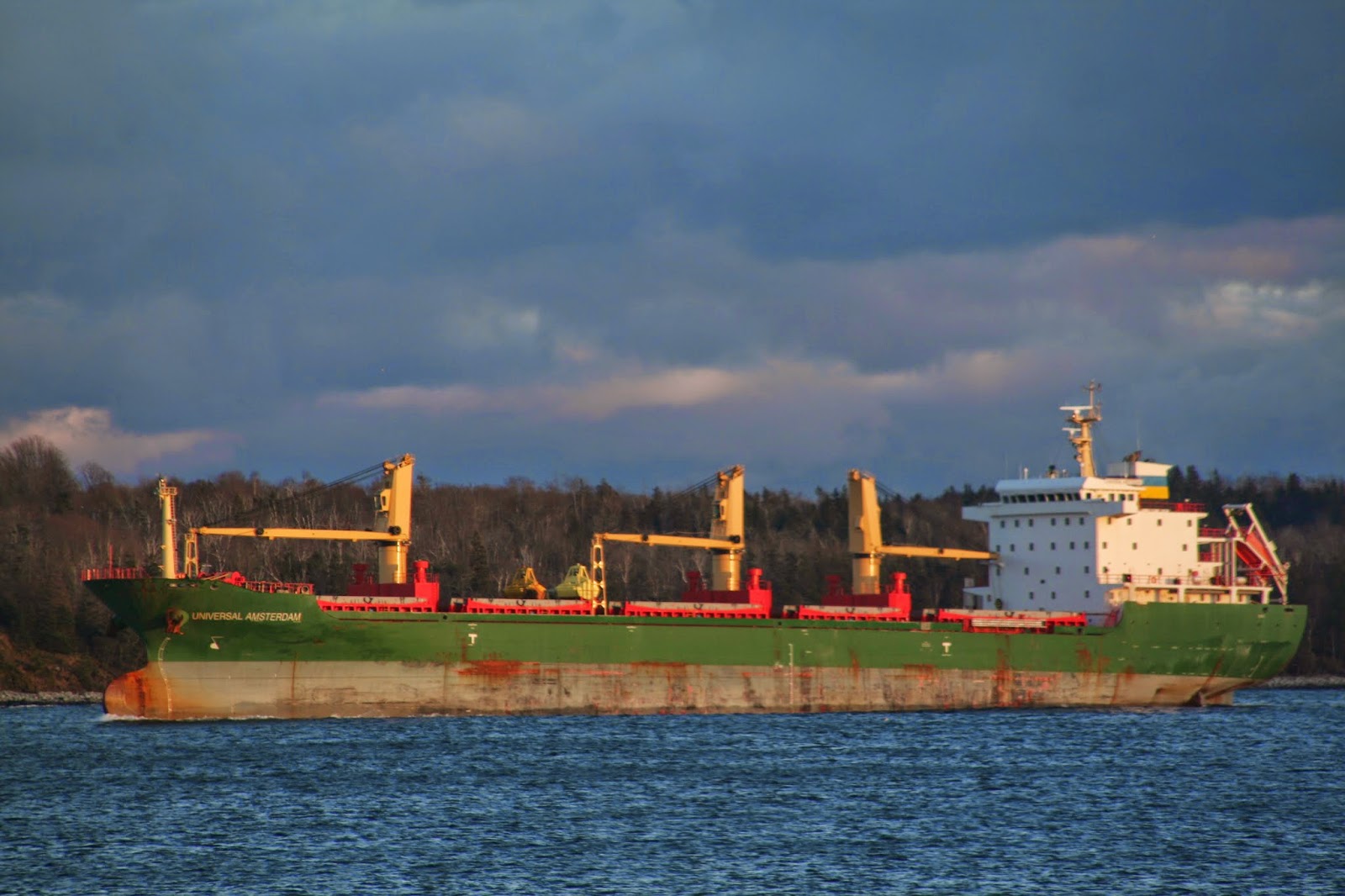 Other Vessels, offer both Options – Such as Barkald, Which has both unloading Cranes and the Self unloading arm. Presumably this offers some flexibility, such as being able to load trucks or rail cars directly with the buckets at unimproved ports. 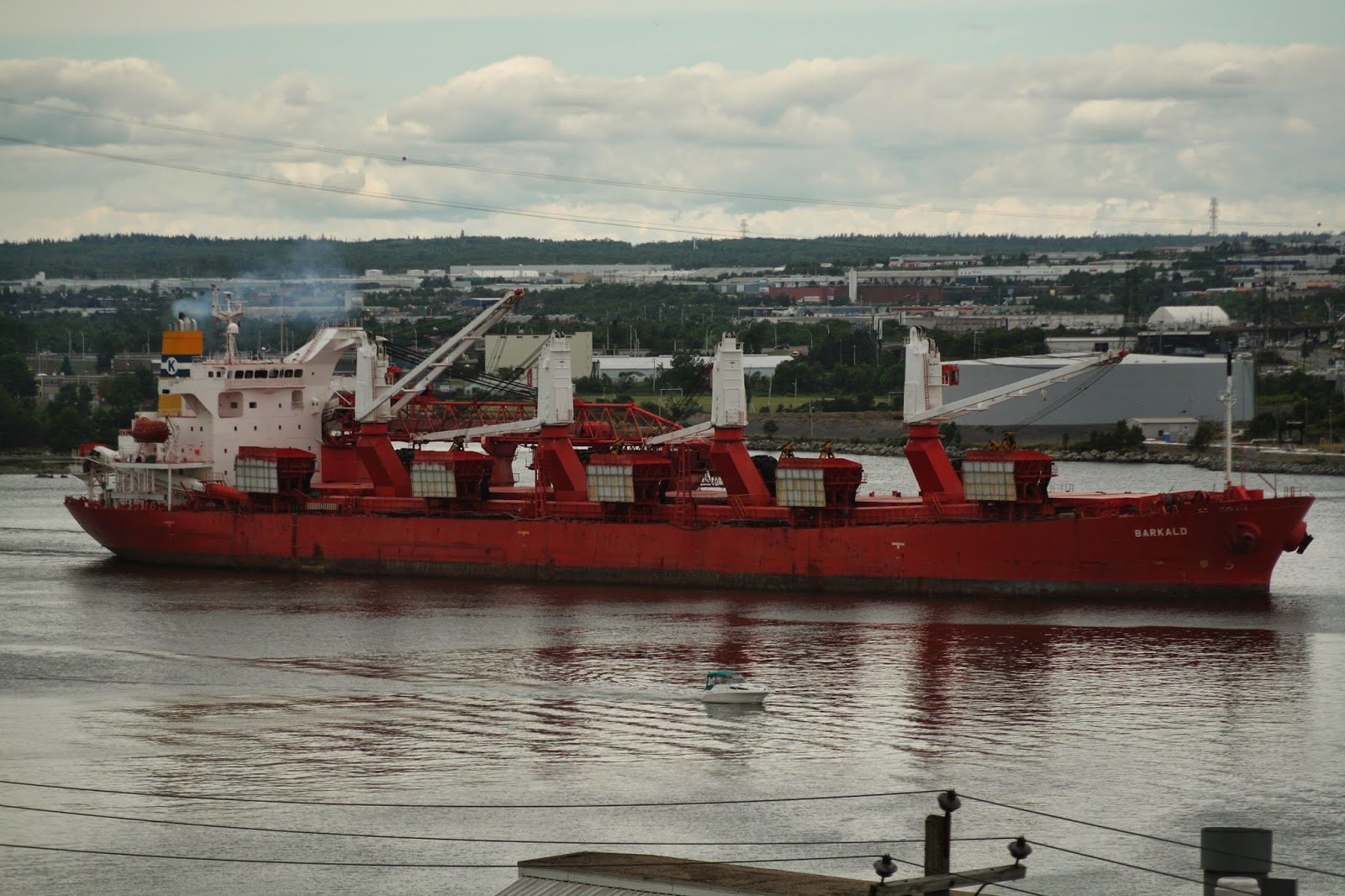 Finally we have Gearless Bulkers. These vessels rely on shore side handing facilities to offload Cargo. CSL Birchglen is an example of these. 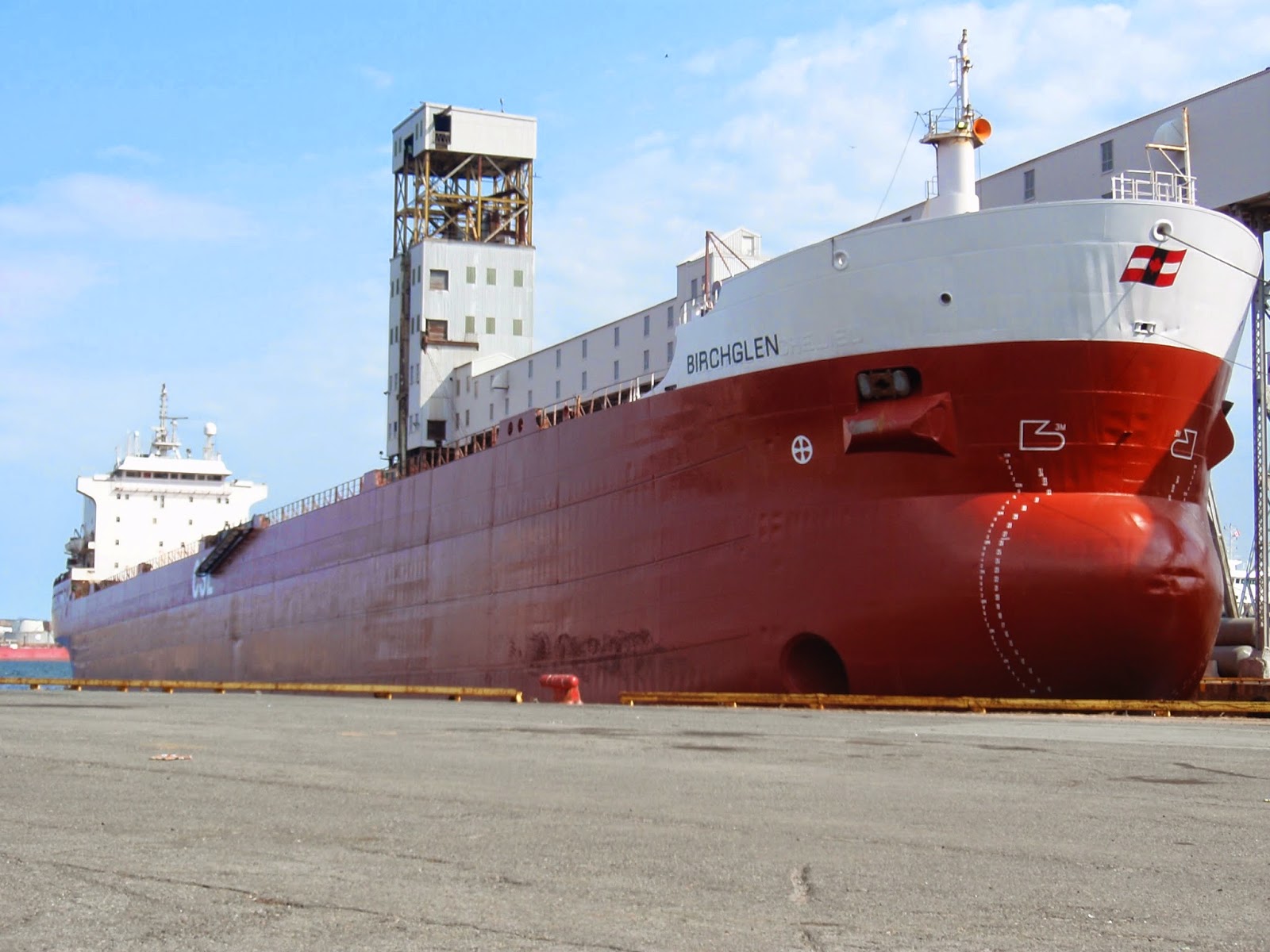