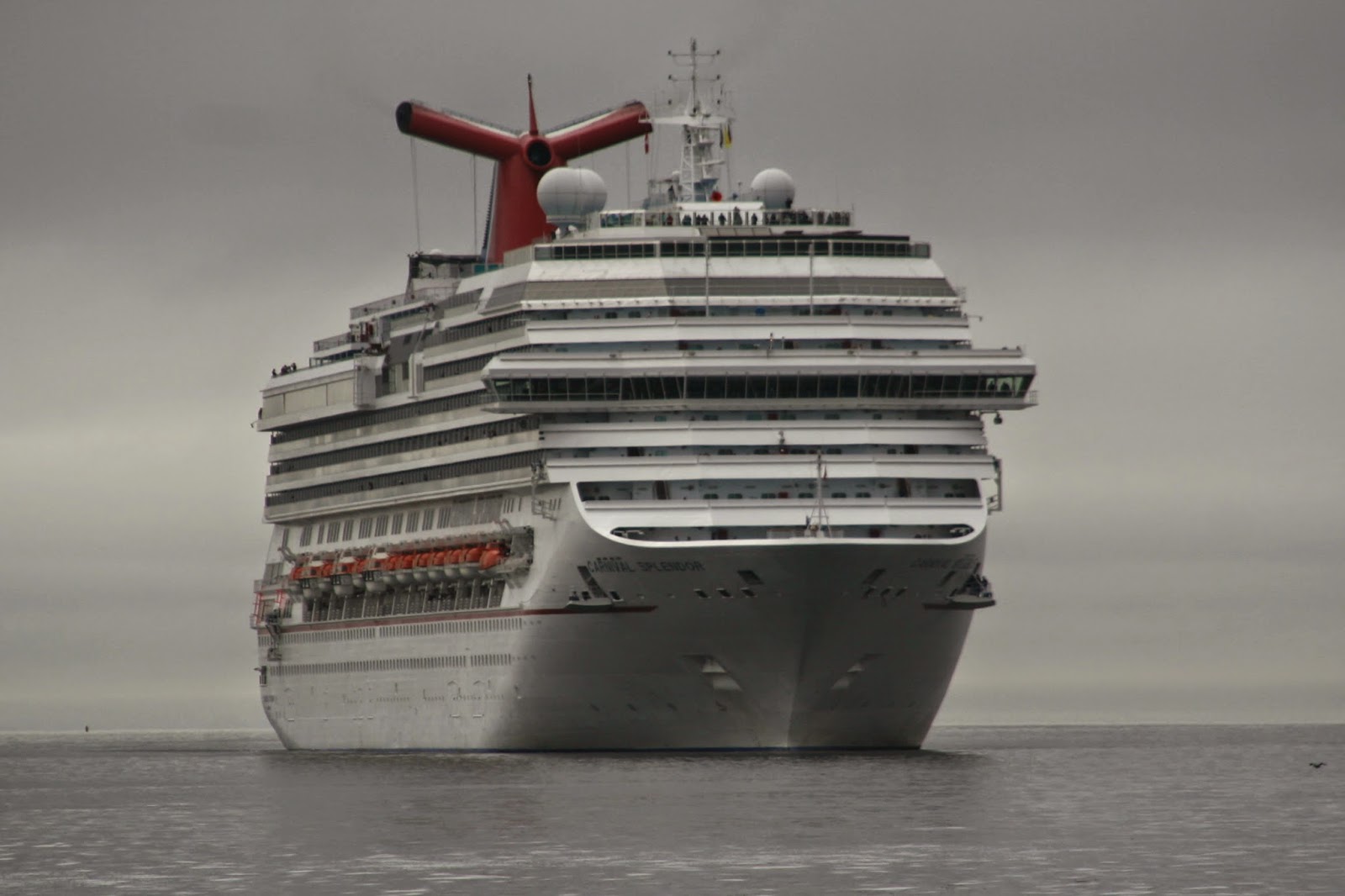 Carnival Splendor is making its first stop in Halifax to my Knowledge.

She is a bit of an Infamous ship. first, she was a sister of the Costa Concordia, which sunk off italy, but was transfered to parent company carnival during construction. She also suffered from a fire in 2010.

On 8 November 2010, at approximately 06:00 Pacific time, on the second day of a voyage from Long Beach to the Mexican Riviera, the ship experienced a fire in her engine room, cutting all electrical power. According to Carnival, a “crankcase split, and that’s what caused the fire”, adding it was isolated to the aft generator room.The fire was extinguished by the afternoon, and no one was injured. Nearly 4,500 passengers and crew members were on board at the time.

The crew was unable to restore power to the engines, and the ship was towed by tugboat to San Diego.Without power for air conditioning and refrigeration, passengers were fed rations delivered via U.S. Navyhelicopters from the aircraft carrier USS Ronald Reagan. Carnival Splendor arrived in San Diego under tow around sunrise on 11 November.