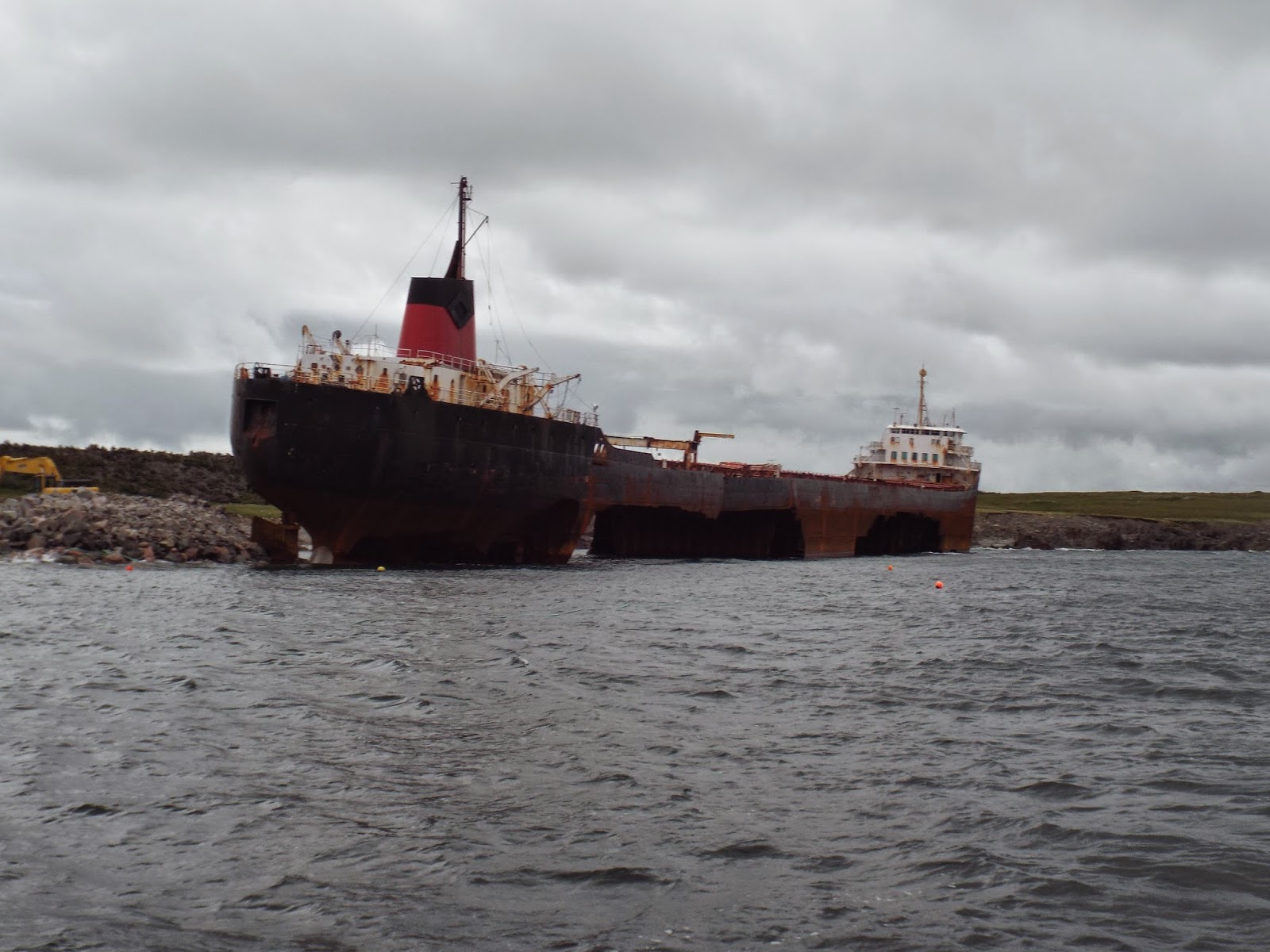 Word is the the camp for workers on Scaterie island hasn’t been finished yet, which means workers have to travel from the mainland everyday. There have been reports that the wreck has gained more of a list to Sea meaning crews have had to brace it to prevent it from falling into deeper water.

The last photo I have seen was from august (above), and shows no bracing, though the backside of the hull has been torn out.

The plan as announced, was to cut steel and remove it by crane and barge to to Louisburg. Word is people on site are saying the Job will be finished by June 2015, which is past the November 2014 date given by the government.