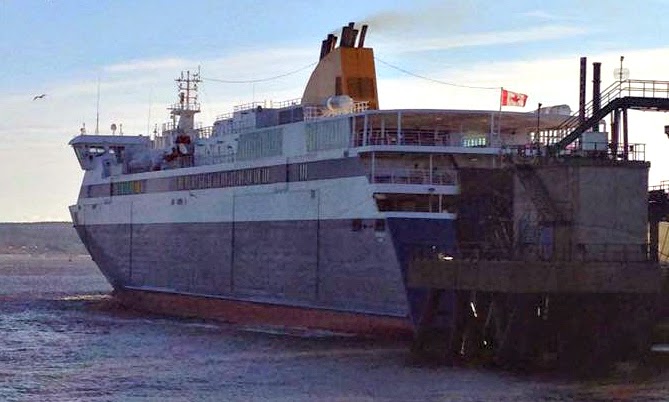 Canada2014, formerly Blue Star Ithaki, slated to become the replacement for the Princess of Acadia has arrived in Canada. She is reportedly going to be undergoing renovations at Halifax Shipyard before going into service, however she arrived off Saint John this morning.

It would be appreciated if any saint john readers could send me pictures. as of 9:24ADT she is inbound from the Pilot station. it also looks like she will be passing the Princess of Acadia who is sailing for Digby.

Update: Photo Above provided by Kyle L via Our Facebook Page.

From Saint John, the vessel will make its way to Digby for a sea trial and to undergo a check in its future berth. The vessel will then head to Halifax, where engine work will take place alongside the dock to perform a 72,000-hour engine overhaul and the conversion of the engines from heavy fuel to marine diesel.