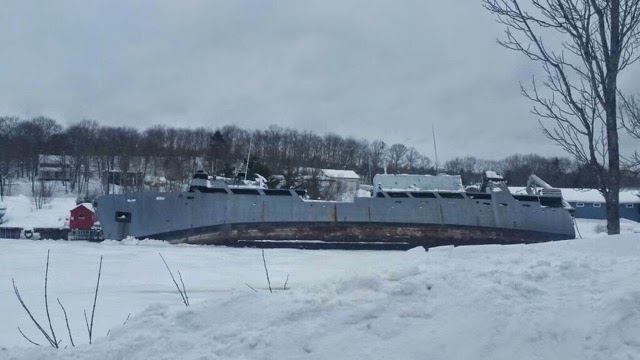 Thanks to the bridge water police for tweeting the above photo. The ex HMCS Cormerant, has developed a severe list. The ship was retired and sold, and has been tied up at the dock in bridge water for at least the past 10 years.

It’s possible this is the result of snow load, or water has accumulated in a space. The list was first noticed a week ago, though it has since gotten worse.
Last year an ex fishing trawler also tied up at the same dock sunk and needed to be refloated. Photo Below is from last summer. 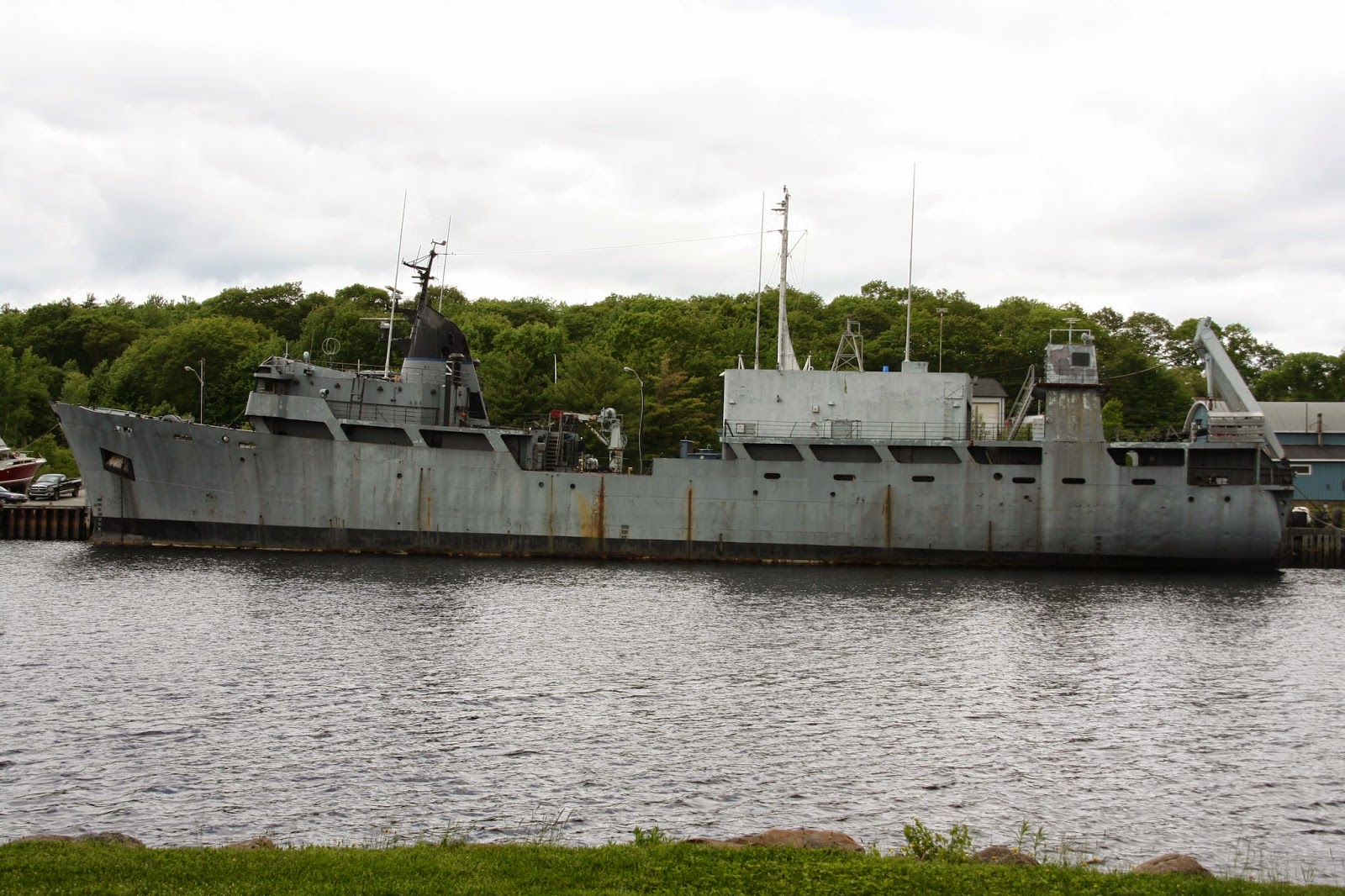