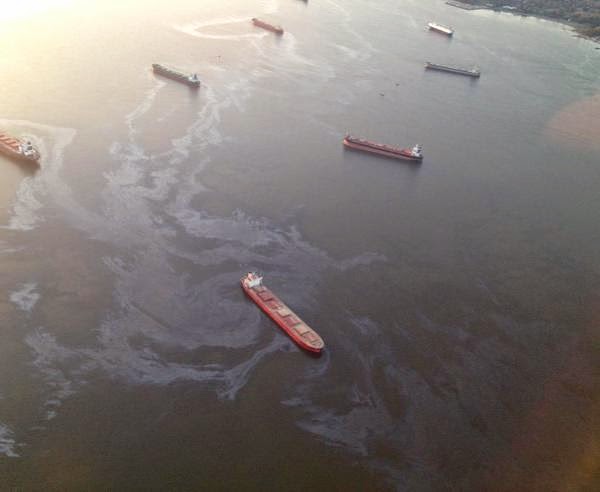 A Bulker anchored in English Bay in Vancouver spilled several tons of Bunker fuel into the harbour yesterday, Most of the oil has now been collected, it has however reached land in several places.

This incident has angered environmentalists, who are now citing this as an example of why tankers in northern BC waters are a dangerous idea. While this leak, is the equivalent of a leaky fuel tank in your car, it appears that the spill was reported 9 hours before a response was mobilized.

The real issue in this case is not that fuel spilled (though this is unusual, needs to be investigated, and the crew charged if they did something illegal) but that the response took 9 hours. If the response was quicker, and oil booms setup, in all likely hood the slick would have remained around the ship and not reached shore. 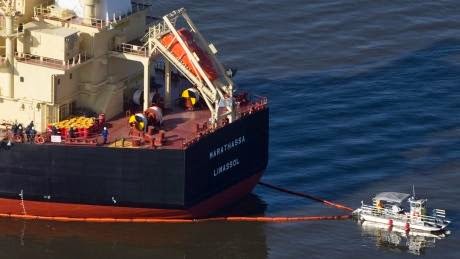 Could it happen here? sure. In fact it has. HMCS Preserver left a valve open in 2011 and spilled several tons of fuel by Imperial Oil. Quick action contained the spill, and we only found out about it via the media.