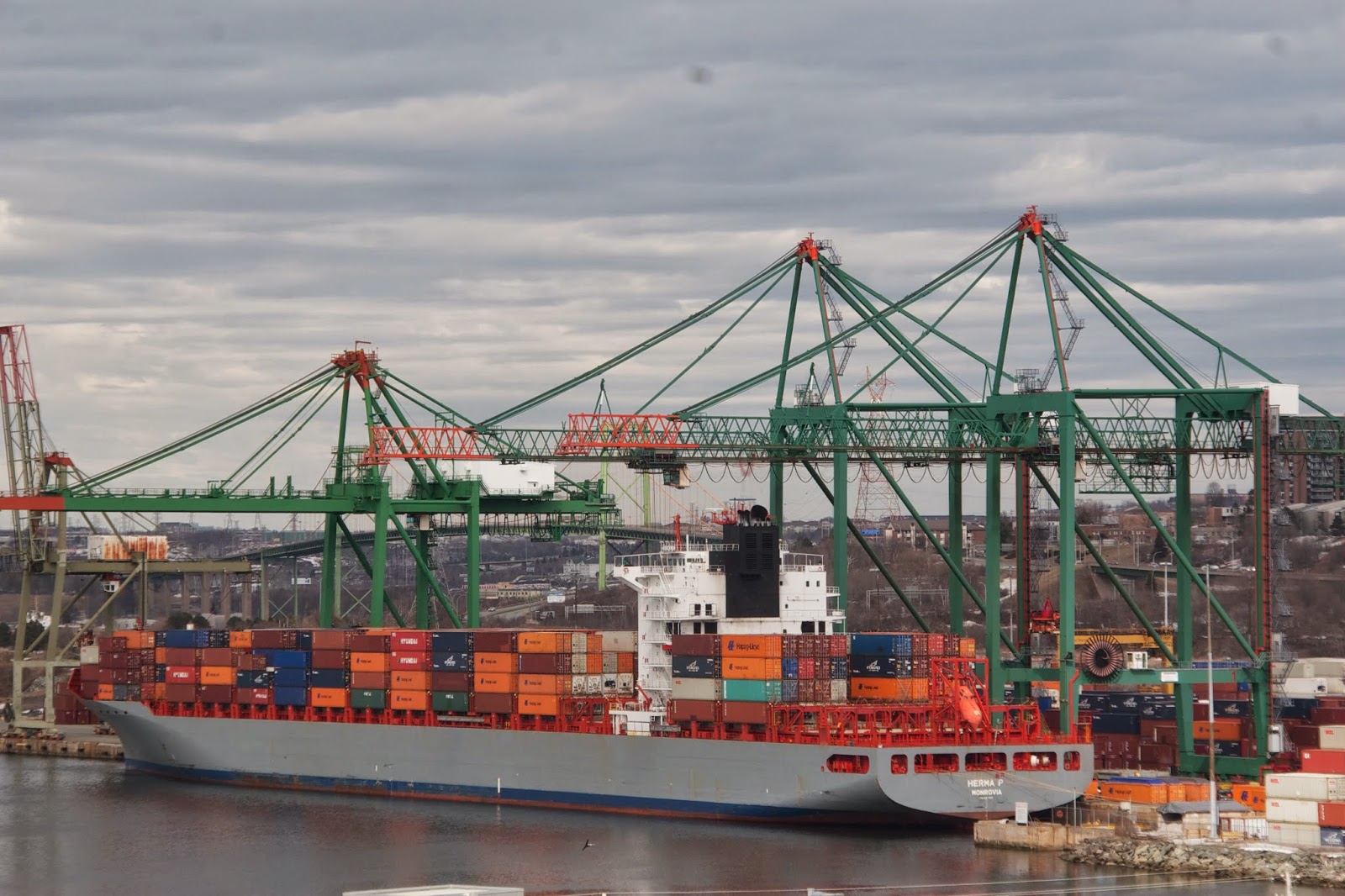 Herma P made a second appearance today at Fairview Cove. She is the ex Maersk Dryden, and looking sharp after a yard period after that charter ended. Her and her sisters are now appearing on Hapag Llyod services, likely on short term charters, while they cycle their fleet.

She was first in halifax at the end of march, and is now on the return trip.

Hapag LLyod has recently merged with CSAV, and is sending older and smaller ships to the scrappers, or selling them to other carriers.