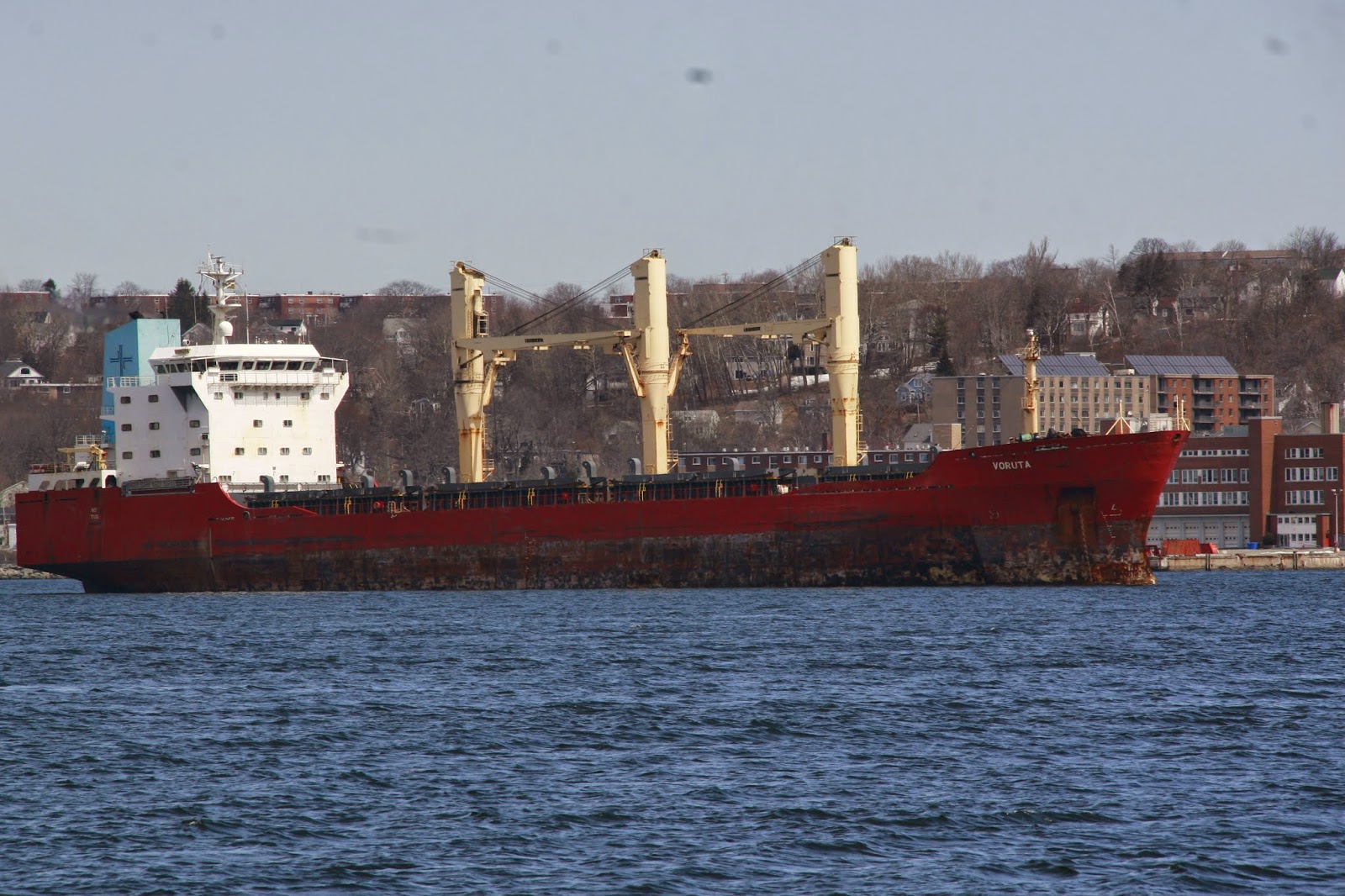 The Lithuanian registered general cargo ship Vortula anchored in the inner harbour. She was built in 1998 in Indonesia, and is Owned and Managed by Lithuanian Shipping. She was Previously known as Theodor Oldendorff until 2006.

Regarding the name, Wikipedia tells us  “Voruta may have been the capital city of the Grand Duchy of Lithuania and the Kingdom of Lithuania during the reign of king Mindaugas in the 13th century. Voruta is mentioned briefly only once in written sources and its exact location is unknown”