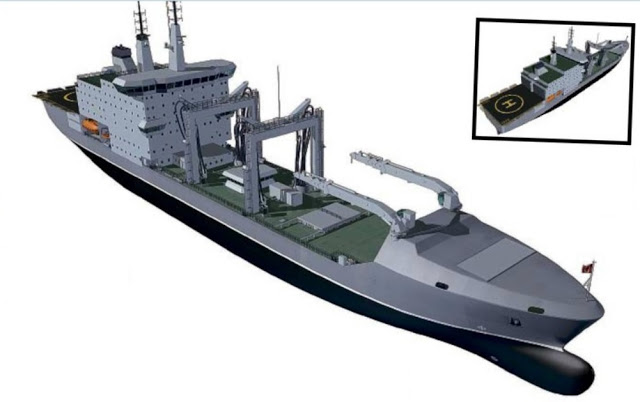 Davie has revealed that the have received the go-ahead to convert a commercial ship to a new Interm replenishment ship.

To be called the  Resolve, She is the former 1708TEU Containership Asterix, which Davie purchased in July for 20 million dollars. The conversion is expected to cost 350 million, and the vessel will be leased to the Navy.