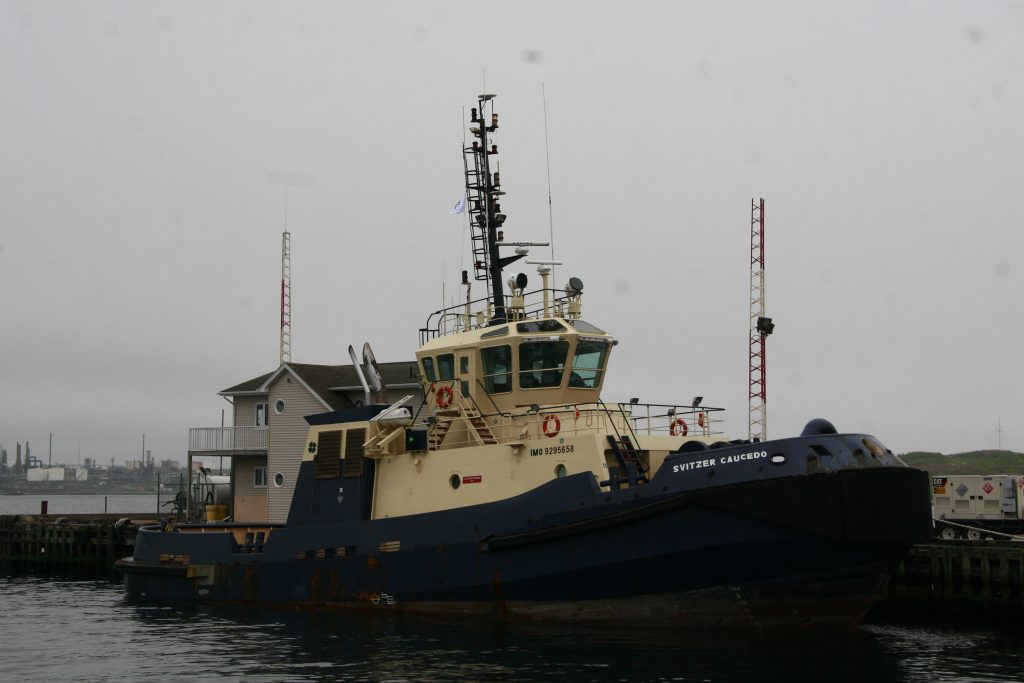 The Tug Svitzer Caucedo showed up in Halifax today. If it looks familiar, it was built at the east isle shipyard in Georgetown PEI in 2003, and is of the same design as Atlantic Towings Halifax Tugs and Svitzers Nerthus and Njal, which are now working the port of Montreal. Its likely that this tug will be Canadianized here, and move on to Montreal.

Svitzer Caucedo currently is registered in the British Virgin Islands, and appers to have previously been operating as Caucedo in the Dominican Republic.