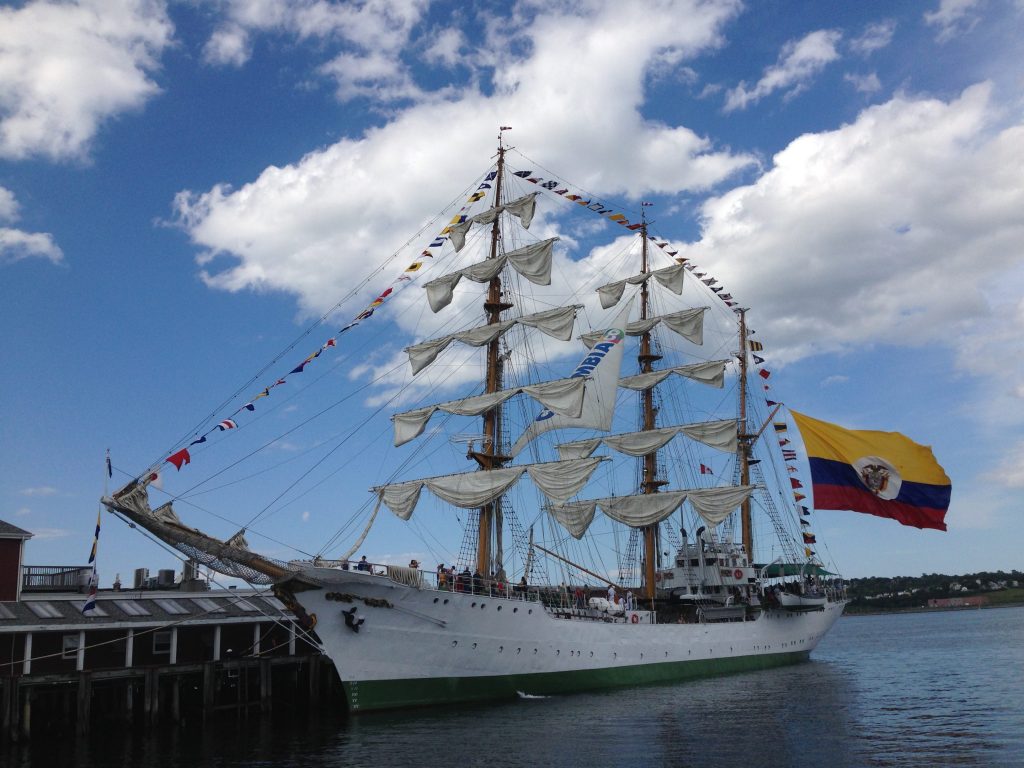 The Arc Gloria, Barque of the Colombian Navy arrived for a visit this week. Built to a Blohm &Voss Design, she is a modern version of the Gorch Fock. The original Gorch Fock was built in 1933, and was taken as war reparations from Germany. Her sisters include NRP Sagres, USCG Eagle, and Mircea. The German Navy built a new Gorch Fock in 1958. the 1933 ship is now a museum in Germany.

Arc Gloria is the Oldest of the Modern Set of 4, Having been built in 1968  at the Astilleros Celaya S.A. shipyard in Bilbao. Her contemporaries Include Cuauhtémoc (1982 Mexico) Who was here earlier this year, Guayas (1977 Ecuador) and Simon Bolivar (1980 Venezuela)

5 thoughts on “Arc Gloria for a visit.”