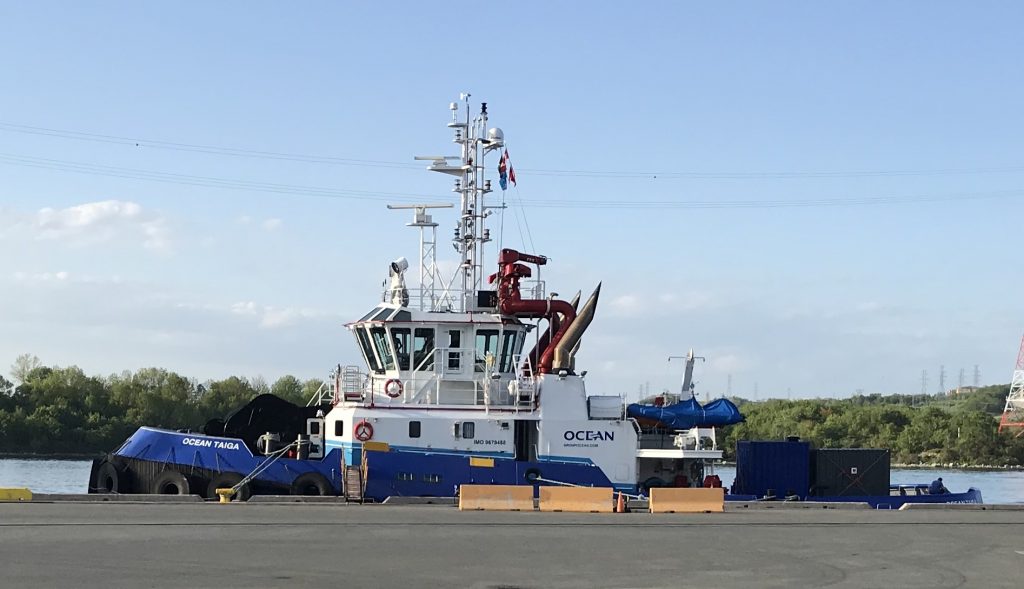 Yesterday the tug Ocean Taiga tied up at pier 9, Bound for Jamaica. The tug was reflagged for jamica and is listed in transport Canada’s Vessel registration system as a Bareboat charter.

Also yesterday, Ocean announced it has signed a 10-year contract with the Port Authority of Jamaica for providing harbour towage services at the Kingston Harbour. Thanks to this new contract, Ocean is exporting thier harbour towing services internationally and pursuing the implementation of their development plan in the Caribbean.

State-of-the-art equipment and personnel will be deployed in the port area of Newport West, Kingston, to meet the growing demand for harbour towing services. Three latest generation tug boats from the Ocean fleet will be in service and will officially start operations at the end of June. In total, some 40 jobs will be created.

Ocean taiga was built at Oceans own yard in 2012.