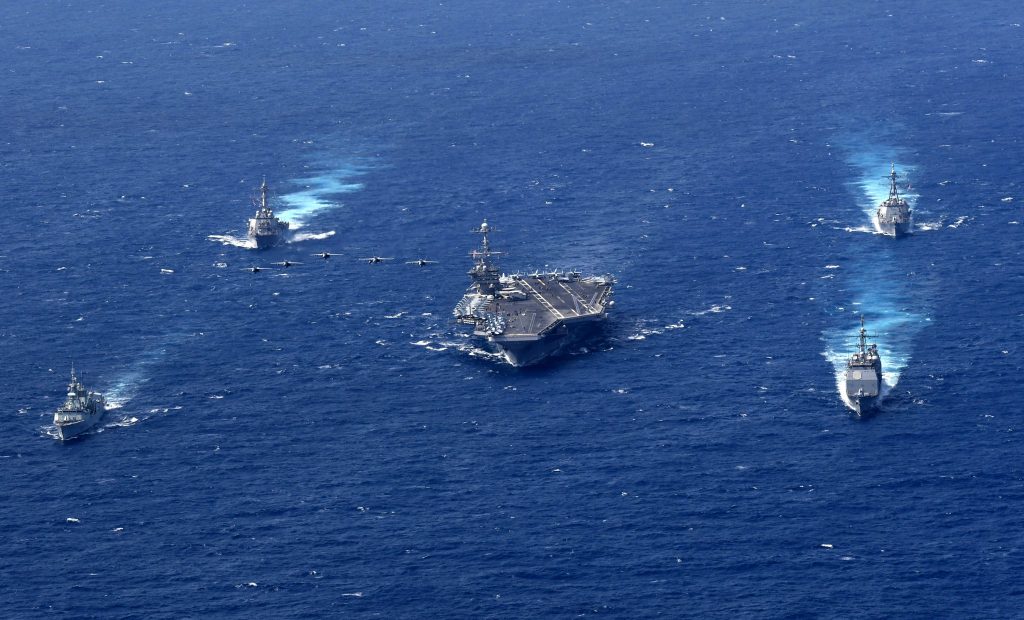 the US Navy Aircraft Carrier USS Harry S. Truman,  and its strike group are currently believed to be operating off Nova Scotia.  Pictured above is the carrier with HMCS Halifax. (US Navy Photo) 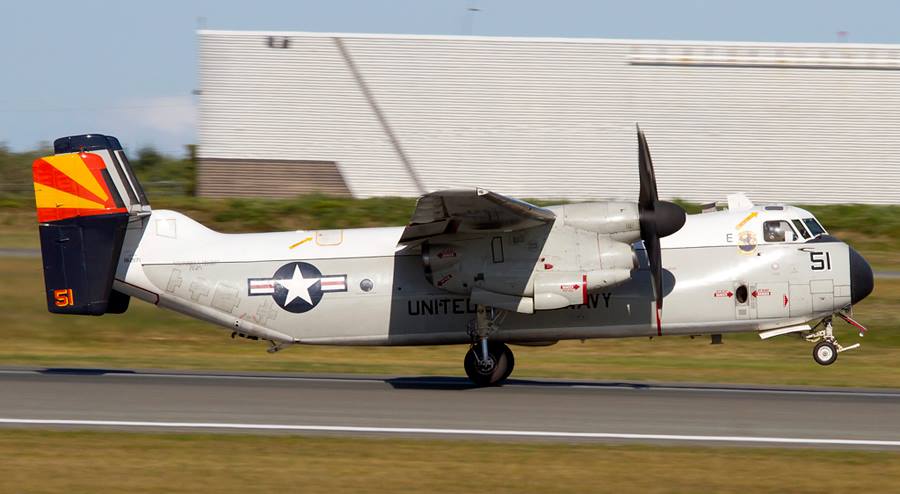 On the 10th/11th C-2 Greyhound Aircraft were spotted at Halifax Airport, and the USS Arleigh Burke which spent last weekend at the dockyard is currently assigned the the Truman’s Carrier strike group. (Above photo by Barry S.)

Could this the them? Arctic is USNS Arctic – a civilian manned US Military Sealift Command replenishment ship. 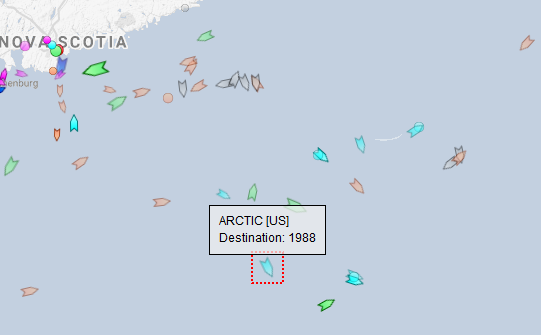