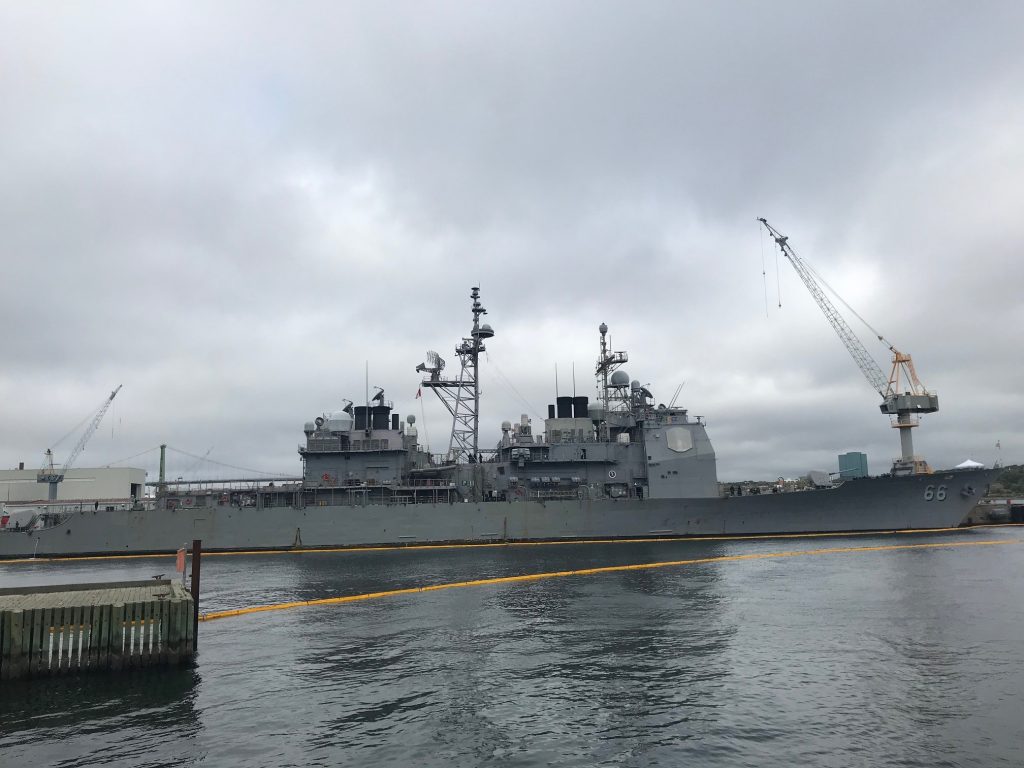 The Ticonderoga Class guided missile cruiser USS hue City arrived for a port visit this morning. the ship is assigned to Carrier Strike Group 2, with the Carrier USS George HW Bush, however word is she is on a solo deployment, and sailed from Mayport Fl. on Sept 23rd.

She is named for the Battle of Huế, fought in the city during the Tet Offensive of 1968. Hué City is the only U.S. Navy ship named after a battle in the Vietnam War. She was Commissioned in September of 1991.

USS Hue City is Tied up next to the Casino.