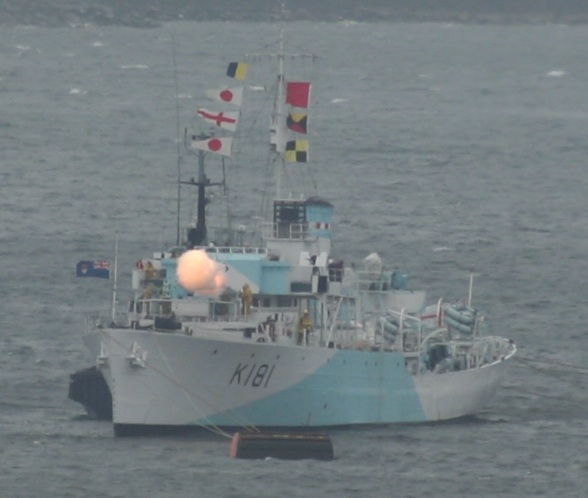 Update May 18 2009:
HMCS Sackville fires its main gun in memory of Rear Admiral William Moss Landymore. Rear Admiral Landymore served in the navy for 33 years and was recognized for his wartime service during the Battle of the Atlantic. His ashes were spread outside Halifax Harbour during a committal ceremony aboard HMCS Toronto on May 1.