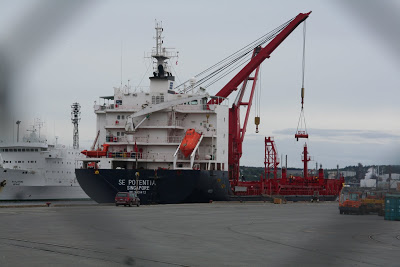 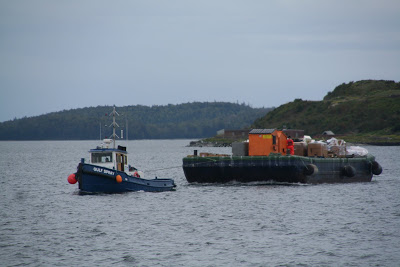 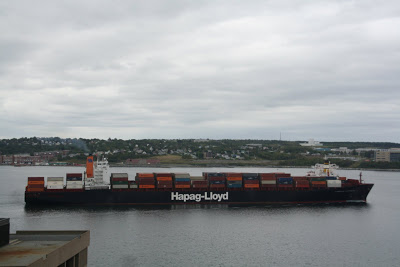 London Express Departing. in a fairly rare occurrence, OOCL New York Anchored in the basin this morning until she could clear the pier. 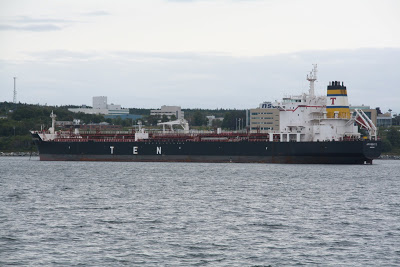 Tanker Afrodite at anchor – she is scheduled to move to IOL Later this afternoon. 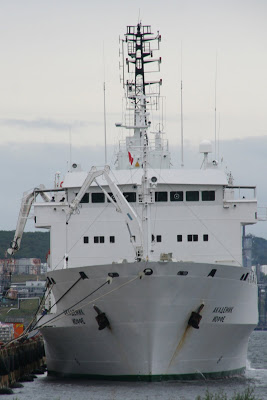