In The Spirit of the Day, I present this link to the Top 10 Ghost Ships. The List includes Some well known stories, as well as the Story of the Young Teazer, which was an American Privateer Schooner preying on sea trade of the British Empire off the coast of Halifax. She met he end in Mahone Bay. 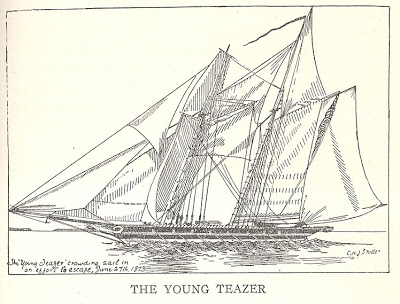