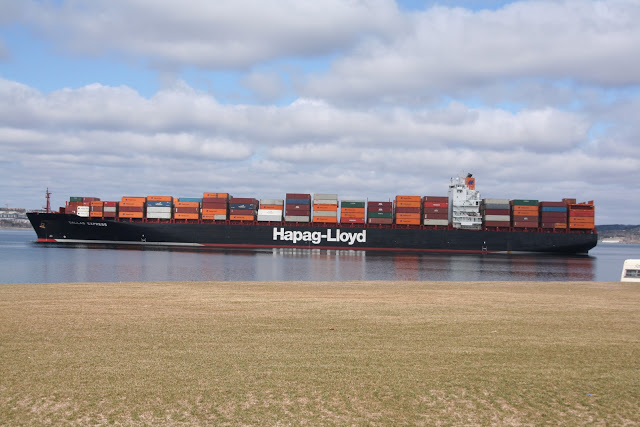 Another first time caller (Kind of) to Halifax, Dallas Express arrived and tied up at Fairview Cove.

This Vessel is the former Antwerpen Express who was a regular in Halifax. She Emerged as Dallas Express early this year after emerging from Dry Dock in Hong Kong.

Best guess is that a new vessel will be named Antwerpen Express in the Near future.