This April 15th marks 100 years since the sinking of the Titanic. The events of the Night of April 14/15 are very well known. Titanic sets sail on her maiden voyage, hits an iceberg, and sinks. hundreds die. 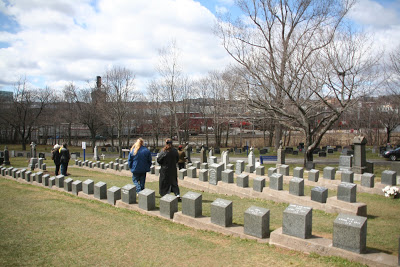 Halifax’s connection to the wreck is in the aftermath. Cable Ships such as the Mina and the Mackay Bennett are dispatched from Halifax to search for survivors/recover bodies. They found hundreds, and they are buried in the Fairview Lawn Cemetery. Dr. John Henry Barnstead, a Halifax Physician was tasked with identifying the Dead. the Methods he Developed for identifying bodies in mass casualty situations are still in use today (and his records are held in the NS Archives)

More broadly, the titanic disaster led to changes that greatly improved safety at sea. The SOLAS (Safety of life at Sea) Conventions were a direct result of the Disaster, as were the Codification of ship board Radio requirements, and the adoption of S.O.S and MAYDAY as distress signals.

The IEEE Spectrum has an article on the radio changes that Titanic brought about.