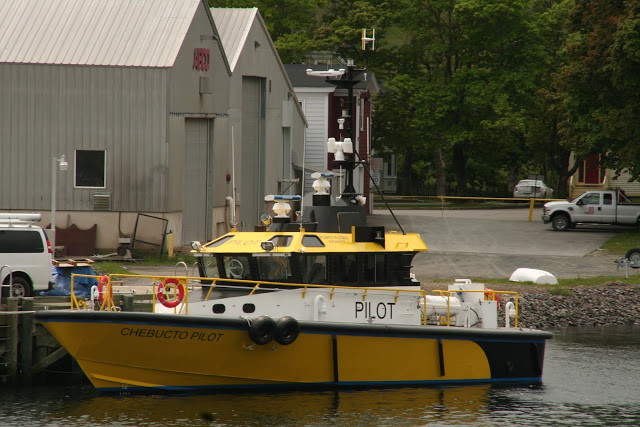 In Feb 2011 the Atlantic Pilotage Authority signed a contract with ABCO in Lunenburg for new pilot boats for Halifax and Saint John. Given the Name,Chebucto Pilot, This one appears to be destined for Halifax.

The boats were designed by Lengkeek Vessel Engineering. The design was based on criteria established by a joint design team consisting of APA pilots, launch crews, Board Members, and Management. These 17 metre aluminum vessels will operate at a service speed of 18 knots.

For Construction Photos, and a photos of historical Pilot Boats, Look at the APA’s Flickr Page