The refit (tecnically the Halifax-Class Modernization (HCM) / Frigate Life Extension (FELEX) programs) on HMCS Halifax is coming along nicely.  She has been tied up at the machine shop wharf for several months now, and Parts of her new kit are Starting to become visible.
The refit Programs will include a new command and control system, new radar capability, a new electronic warfare system and upgraded communications and missiles. Separate refit and stand-alone projects will include installation of new mechanical systems and modifications to accommodate the new Cyclone helicopters and a new military satellite communications system.
New Fire Control Radar Aft, on the forward part of the Hanger. Also note the new wings on either side. 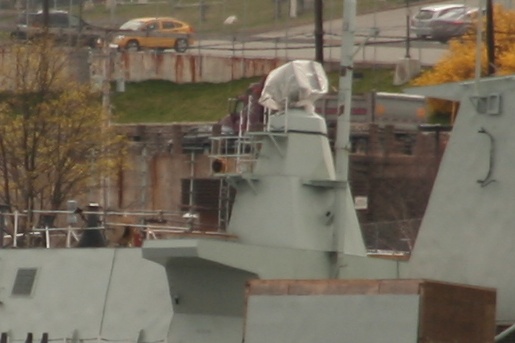 Forward, we have the new Air Search Radar – Its  No longer an Open Array, As well as a new fire control Radar In front of it. The Gun may also be different as it was removed prior to refit, but has now been installed. 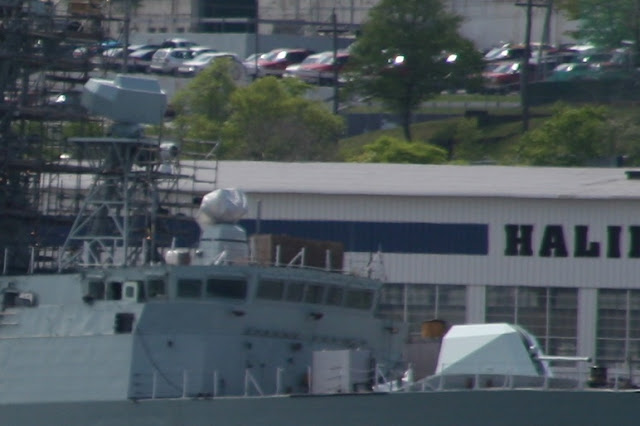 Each refit is expected to take 18 Months The Halifax Based ships are scheduled as Follows:
(Large Gaps are for Pacific Fleet vessels)