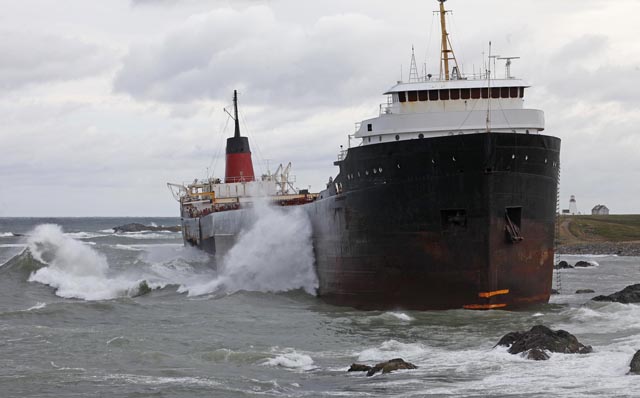 The Cape Breton Post is reporting that the Bennington group is wanting to come back to perform the removal. The Bennington Group was contracted by the ship’s owner Arivina Navigation SA of Turkey to remove it by the end of August.

The Project was faced with delays from the province relating to worker safety, including a stop work order. The Bennington group wants the province to pay the costs of complying with the order, and for expenses which occured due to lost time.

The Province Has a flyer available on the removal process, (Available Here) In It it states that the Bennington group has “has worked on many wreck removal projects of this type, including the dismantling of an American aircraft carrier in 1994.” This hardly sounds like salvage to me.

A quick Google Turned up no Web site for the Bennington group, nor References to any other vessels salvaged by the group.