Since the St Lawrence Seaway, inland of Montreal shuts down due to ice, between the end of December and March, much of the great lakes fleet ties up for 4 months. Because of the 4 month stoppage, most major maintenance is deferred to this period of winter down time. 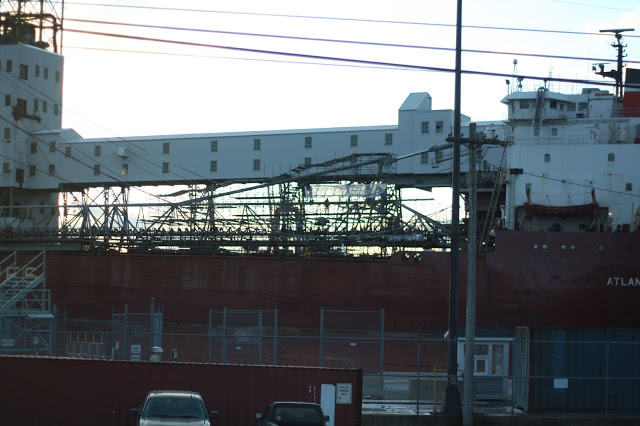 Atlantic Superior tied up at Pier 25/26 at the end of December. It now looks like work has started, including maitenance on the self unloading boom, which is being wrapped in Scaffolding.