Captain James Cook, was a British explorer, navigator, cartographer, and captain in the Royal Navy. He was Killed by Natives on the island of Kona Hawaii, 234 years ago today. Why do we care about James Cook? He was responsible for the earliest charts of much of the east coast of Canada including Halifax – His chart of which is below. 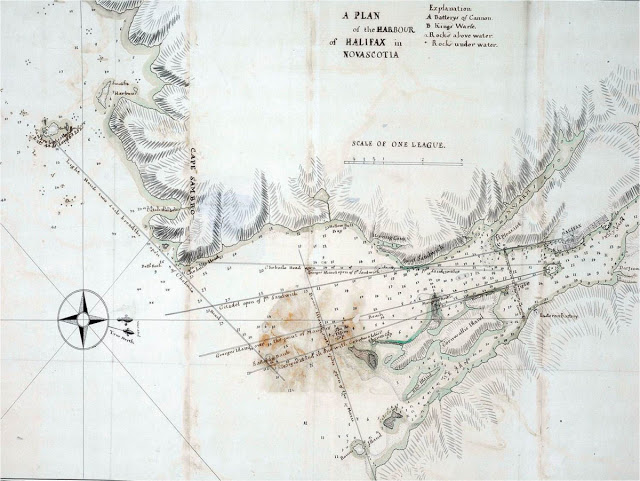 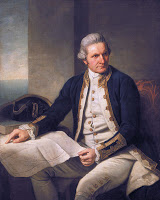 During the Seven Years’ War, he served in North America as master of Pembroke. In 1758, he took part in the major amphibious assault that captured the Fortress of Louisbourg from the French, after which he participated in the siege of Quebec City and then the Battle of the Plains of Abraham in 1759. He showed a talent for surveying and cartography, and was responsible for mapping much of the entrance to the Saint Lawrence River during the siege, thus allowing General Wolfe to make his famous stealth attack on the Plains of Abraham.

Cook’s aptitude for surveying was put to good use mapping the jagged coast of Newfoundland in the 1760s, aboard HMS Grenville. He surveyed the northwest stretch in 1763 and 1764, the south coast between the Burin Peninsula and Cape Ray in 1765 and 1766, and the west coast in 1767. At this time Cook employed local pilots to point out the “rocks and hidden dangers” along the south and west coasts. During the 1765 season, four pilots were engaged at 4 shillings a day each: John Beck for the coast west of “Great St. Lawrence”, Morgan Snook for Fortune Bay, John Dawson for Connaigre and Hermitage Bay, and John Peck for the “Bay of Despair.” 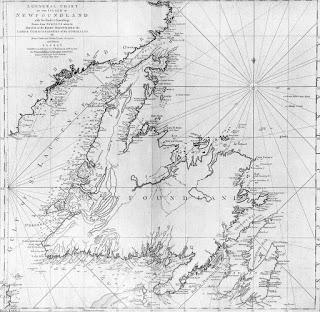 His five seasons in Newfoundland produced the first large-scale and accurate maps of the island’s coasts and were the first scientific, large scale, hydrographic surveys to use precise triangulation to establish land outlines. They also gave Cook his mastery of practical surveying, achieved under often adverse conditions, and brought him to the attention of the Admiralty and Royal Society at a crucial moment both in his career and in the direction of British overseas discovery. Cook’s map would be used into the 20th century—copies of it being referenced by those sailing Newfoundland’s waters for 200 years.