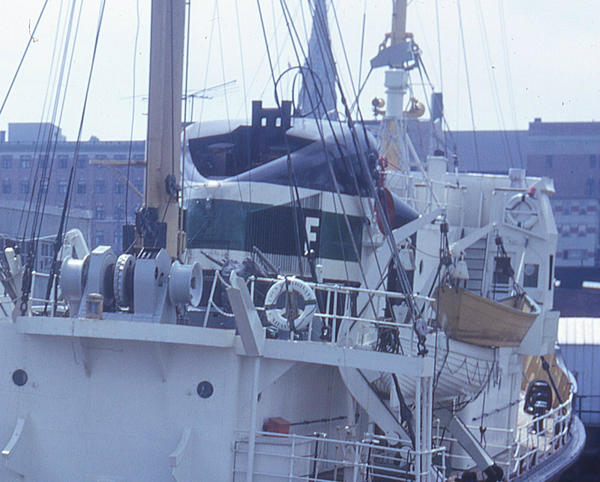 For Hundreds of years man has taken to the seas, and for just as long, been telling triumphant sea stories. Stories of triumph over great odds; Bligh’s navigation after the Mutiny on the bounty, and Shackelton’s voyage to South Georgia island come to mind.

Halifax has a history of Sea Stories, Men Left Halifax to fight in multiple wars, Privateers returned with their captured prizes. The stories that came out of Foundation Maritime were so immense, they filled 2 volumes by Farley Mowat; Grey Seas Under, and The Serpents Coil.

Foundation Maritime grew out of the Foundation Company of Canada, which was a construction firm who owned barges and dredges for constructing Harbour works. They needed a Tug, and found the Laid up ex HMS Frisky, now Gustavo Ipland, in Hamburg Germany. They purchased her, and Named her Foundation Franklin in 1930. 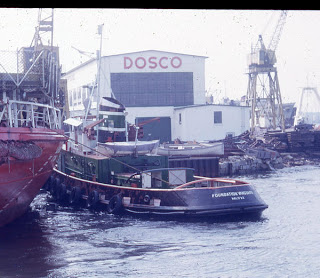 Having a tug, eventually led to it being chartered for salvage work, and Foundation Maritime was born. As the years went on, many additional tugs were purchased and chartered, and the business expanded to include terminal operations, towing and salvage. Foundation Maritime shrewdly perusing Business and ships in distress.

For much of its early years, even finding a ship in distress was a problem. Modern electronic navigation systems were not invented yet, and ships were guided by the stars. in a storm, or cloud cover, it could be days before you could confirm your position. This is also the case with the distressed vessel being sought. their position was days old, and may not have even been correct to begin with. if you could reach them on the radio, it might have been possible to RF Direction find them,Though during the wars, this was a asking to be sunk by a uboat.

The Foundation Company of Canada Still exists today as the construction firm AECON. Foundation Maritime Sold its tugs in 1973, Leading to the formation of Eastern Canada Towing and Salvage (EcTug). the tugs retained thier names, however Point was substituted for Foundation in their names. ECTug was then aquired, and became Svitzer Canada. In 2010 they signed a MOU with Atlantic towing, With Atlantic Towing taking over halifax operations, and Svitzer working Port Hawksbury/ Straight of Canso The foundation Maritime wharfs still stand, at the foot of Salter St.

Photos Are from Mac Mackay. Check out his Shipfax and TugFax Blogs