The Lone ranger is an impressive yacht, who visitited Halifax back in 2008/2009 (Photo to follow, when I can dredge it out of the archive) It is For sale, and recently under went a price reduction. The yach belongs to Eric Schmit The Google co-founder and chairman.  After an intial asking price of 20million had no takers, the price has recently dropped to $14 million US.

The yacht itself is a converted ocean going salvage tug Built by Schichau-Unterweser in Germany. She was officially launched in Bremerhaven in 1973 before being delivered to the owner bugsier as Simson S. the conversion was done in the early 90’s.

You can read more about the Boat at the yacht brokers site. 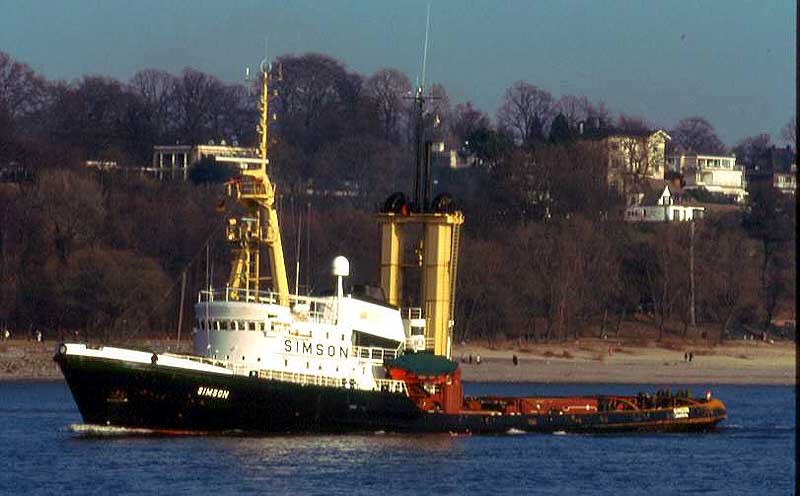 (Above) The Lone Ranger as Simson S, Via Boatnerd.