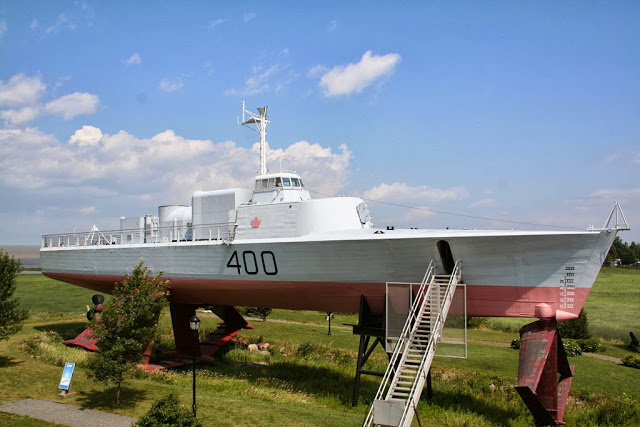 The vessel was built from 1960 to 1967 for the Royal Canadian Navy, as a project for the testing of anti-submarine warfare technology on an ocean-going hydrofoil. Changes in priorities and cost overruns later led to the project’s cancellation. HMCS Bras d’Or (FHE 400) was the second vessel to bear that name (see below) and was built at Marine Industries Limited (MIL) in Sorel, Quebec, the primary contractor being de Havilland Canada, an aircraft company

The ship was saved and donated to the Musée Maritime du Québec at L’Islet-sur-Mer, Quebec. Bellow are photos from my visit in 2006.

For Additional Photos Of her running, See this Link