On September 9, 2013, the CCG helicopter, operating from the CCGS Amundsen on an ice reconnaissance mission in the M’Clure Strait north of Banks Island, Northwest Territories, was involved in an accident and sank. None of the three persons on board the helicopter survived.
The TSB investigation team will arrive in Resolute, Nunavut today where they will meet with CCG and ArcticNet personnel to begin the search and recovery efforts aboard two CCG vessels.

The three men who died after a Canadian Coast Guard helicopter crashed in the Arctic Sept. 9 were killed by “cold water immersion,” Cathy Menard, chief coroner of the Northwest Territories, said Sept. 17.

Autopsies conducted in Edmonton Sept. 16 showed the men suffered no fatal injuries, suggesting they survived the crash of their helicopter, only to die from the effects of the frigid water — this would have led to hypothermia, a lethal lowering of their body temperature, likely within about one hour.

Marc Thibault, commanding officer of the CCGS Amundsen, Daniel Dubé, the helicopter pilot, and Klaus Hochheim, a scientist affiliated with the University of Manitoba, all died when the helicopter from the Amundsen crashed while they were conducting a routine ice observation tour.

The three were found in the water wearing survival suits, when the Amundsen arrived on the scene.
But while these suits can assist in surviving cold-shock and swim failure — which can result when a person hits the icy water, how long a person can survive in cold water primarily depends on the water’s temperature, exposure time, and the thermal insulation of the protective clothing.

The helicopter now lies under about 420 metres of sea water. The Canadian Coast Guard (CCG) is working to recover the CCG Messerschmitt-Bolkow-Blohm Bo-105 helicopter The Transportation Safety Board of Canada (TSB) investigation into this accident is ongoing.

The CCGS Henry Larsen is immediately tasked with locating the helicopter and providing icebreaking and technical assistance. The CCGS Amundsen will provide search and recovery assistance, and will transport the technical equipment and personnel required to locate and recover the helicopter.

“While there are logistical challenges in planning a recovery mission in the harsh Arctic at this time of year,” said Marc Grégoire, Commissioner of the CCG, “We will make every reasonable effort to recover the helicopter as soon as possible, while ensuring the safety of all personnel involved in this mission.” 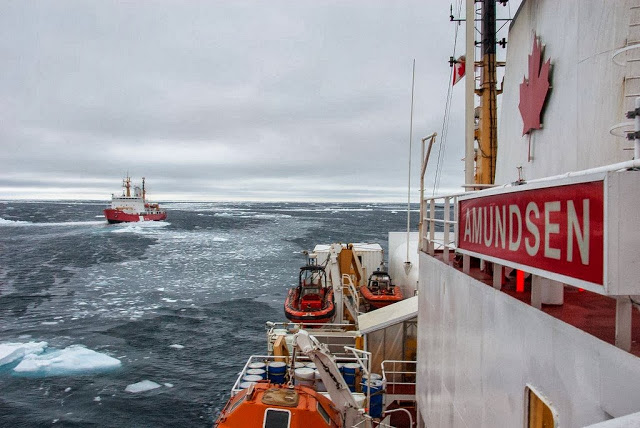 The sunken Canadian Coast Guard (CCG) helicopter has been located by ArcticNet’s Remote Operated Vehicle (ROV) in the Arctic.  A team consisting of the CCG, ArcticNet and the Transportation Safety Board (TSB) is working to recover it.

The ice and weather conditions will continue to present a significant challenge to the recovery operation. While the aim is to recover the helicopter as quickly as possible, ensuring the safety of the personnel and vessels involved in this operations is a first priority.

Images and Text from TSB of Canada 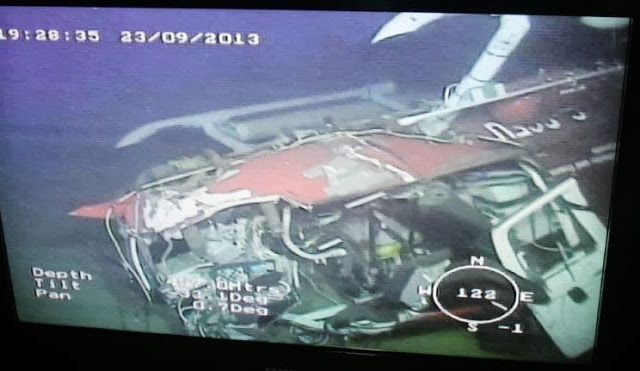 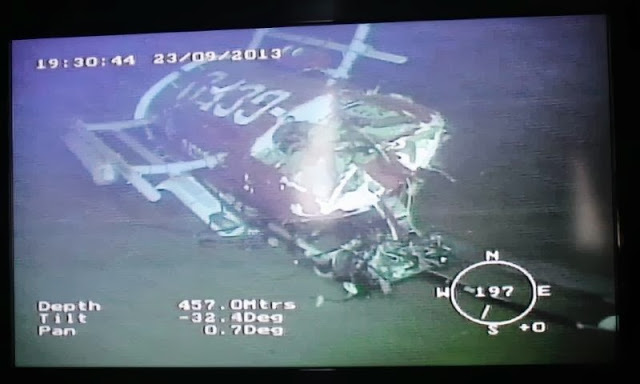 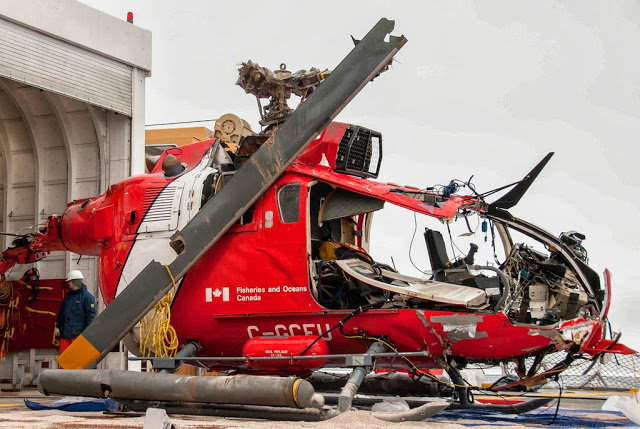 The sunken Canadian Coast Guard helicopter, which crashed on 9 September 2013, has been successfully recovered from the Arctic Ocean.A team consisting of the Canadian Coast Guard’s CCGS Amundsen and CCGS Henry Larsen, ArcticNet and the Transportation Safety Board (TSB) has been working to recover the helicopter since its discovery on Monday afternoon. 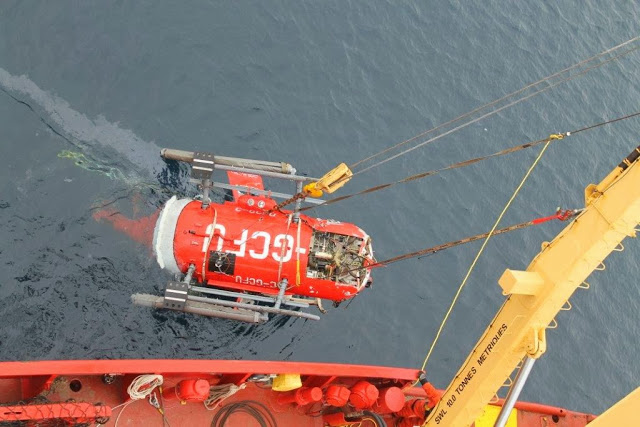 Thanks to the technical expertise of the Canadian Coast Guard crew, to ArcticNet, and to the Canadian Scientific Submersible Facility pilots who operated the Amundsen’s remotely-operated vehicle, the wreckage was raised to the surface of the water yesterday where it was safely lifted onto the deck of the Amundsen and then transferred to the Larsen.

While in transit to Resolute, Nunavut, further plans are being made to transport the wreckage to a location where the TSB can conduct its full investigation.The TSB is grateful for the great collaboration of the Canadian Coast Guard and ArcticNet officials during this difficult operation and hope the successful recovery operation may contribute important information to the ongoing investigation. 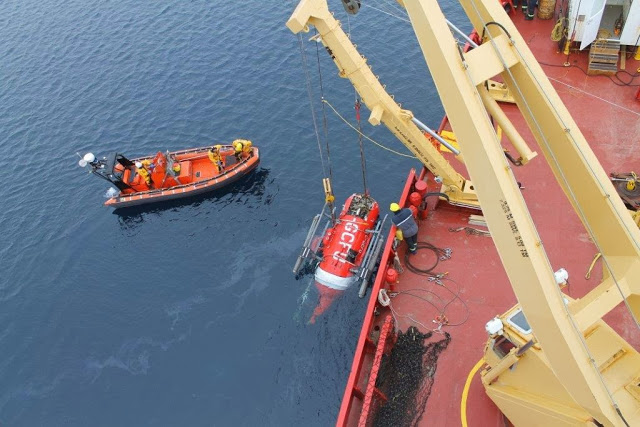