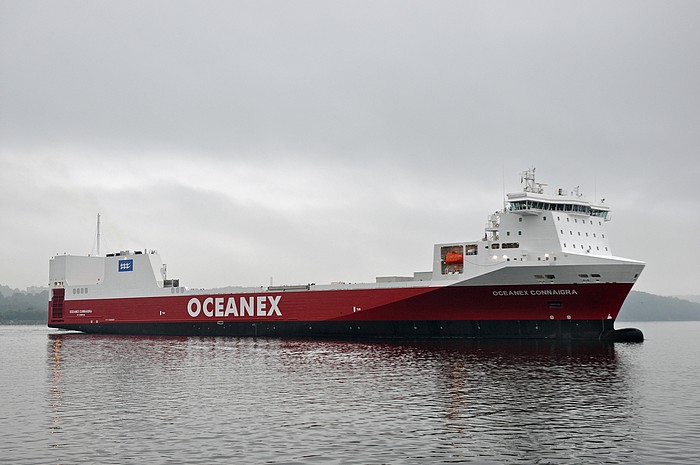 With news that Oceanex Sanderling is due for a work period in October, Oceanex Connaira was quietly registered in Canada on Sept 20, And is currently conducting trials. Its possible she may make it to Canada in time to take over for the Sanderling.

Oceanex Connaigra is being built by Flensburger Schiffbau-Gesellschaft mbH & Co. KG of Germany, And was Announced in October 2012 She Launched May 31 2013.

You can See Oceanex’s entire fleet in this post