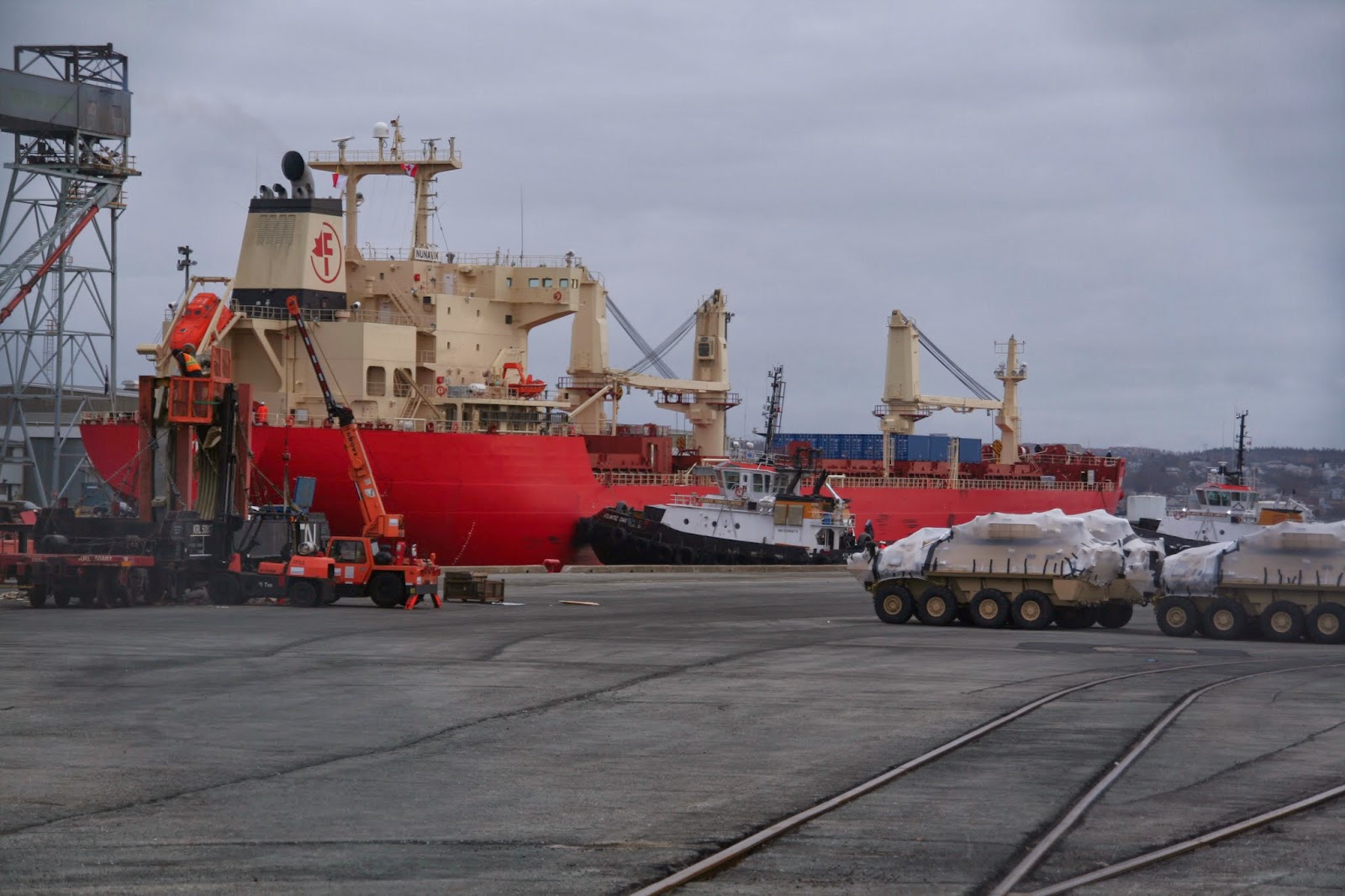 The newbuild bulk carrier Nunavik arrived this morning at pier 27. This was her first stop in Canada.
She was announced at the same time as Oceanex announced the construction of the Connaigra.

The MV Nunavik. Built at JMU’s Tsu Shipyard in Japan, the ship will be used to export the concentrates produced at the Canadian Royalties owned Nunavik Nickel mine at Deception Bay in northern Quebec. The vessel will also supply the mine with equipment and fuel, year round.

Rated Polar Class 4, the Nunavik is the most powerful bulk-carrying icebreaker in the world. It is similar in design to the Umiak I, the Fednav ship servicing Vale’s Voisey’s Bay operation in Northern Labrador. The Nunavik will sail unescorted in Arctic regions and will operate in the extreme winter conditions of the Canadian Arctic. It is capable of maintaining continuous progress of 3 knots in 1.5 m of ice.
The vessel was designed by Fednav and JMU, and will sail between Deception Bay and Northern Europe on a year-round basis. The engine produces 29,600 hp, three times the power of a conventional bulk carrier of the same size. The Nunavik will be supported by Enfotec Technical Services, a Fednav subsidiary to provide up to date information on ice conditions as well as technical support to the inhouse IceNav navigation system.
The Nunavik is equipped with the latest environmental technologies, such as a Tier II engine that reduces nitrogen oxide emissions by 20%, and the first ballast treatment system installed on a Canadian-owned vessel.

In naming this new ship Nunavik, Fednav wanted to recognize the inhabitants and the region in which it will operate as well as its project partner, Nunavik Nickel

She arrived earlier then scheduled, so was already tieing up when I arrived.