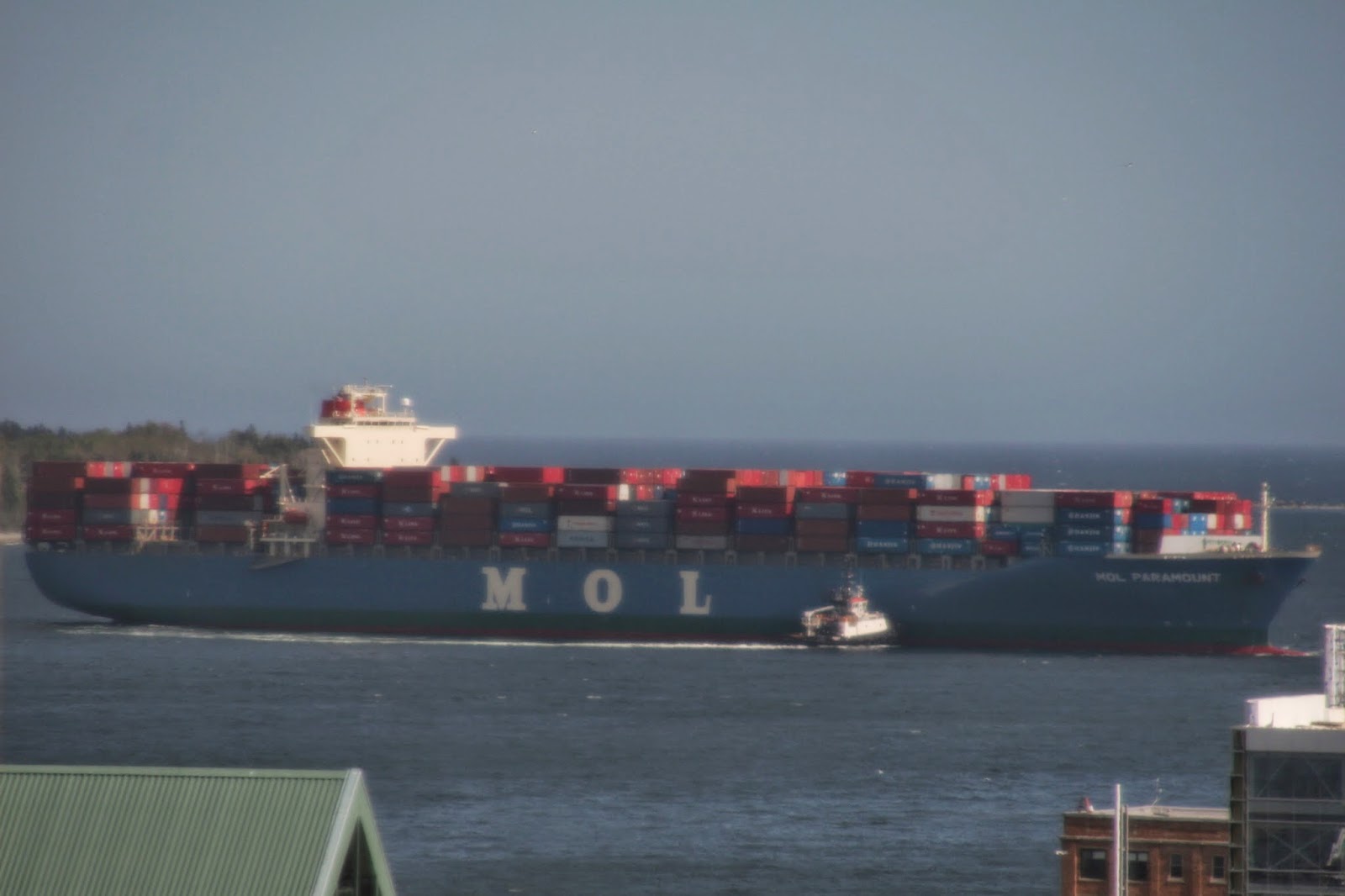 MOL Paramount previously visited Halifax as part of a shared service with K-Line. In that Service, 3 MOL vessels rotated with K-lines *Bridge Vessels. The Photo Above is from that Service.

Shipfax reports that on entering the harbour narrows, MOL Paramount had a control issue, and came dangerously close to the Dockyard. Adm. John Newton, Commander of MARLANT, tweeted the following pictures, presumably taken from his office, just past the Macdonald bridge. 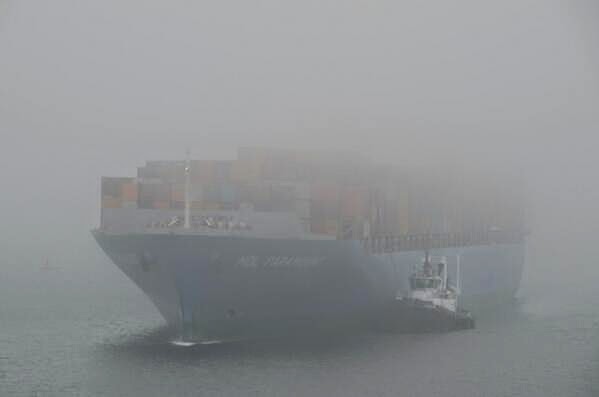 The Second image is most interesting, as it shows crew on the roof of the bridge, which is typically setup as an emergency conning Position. 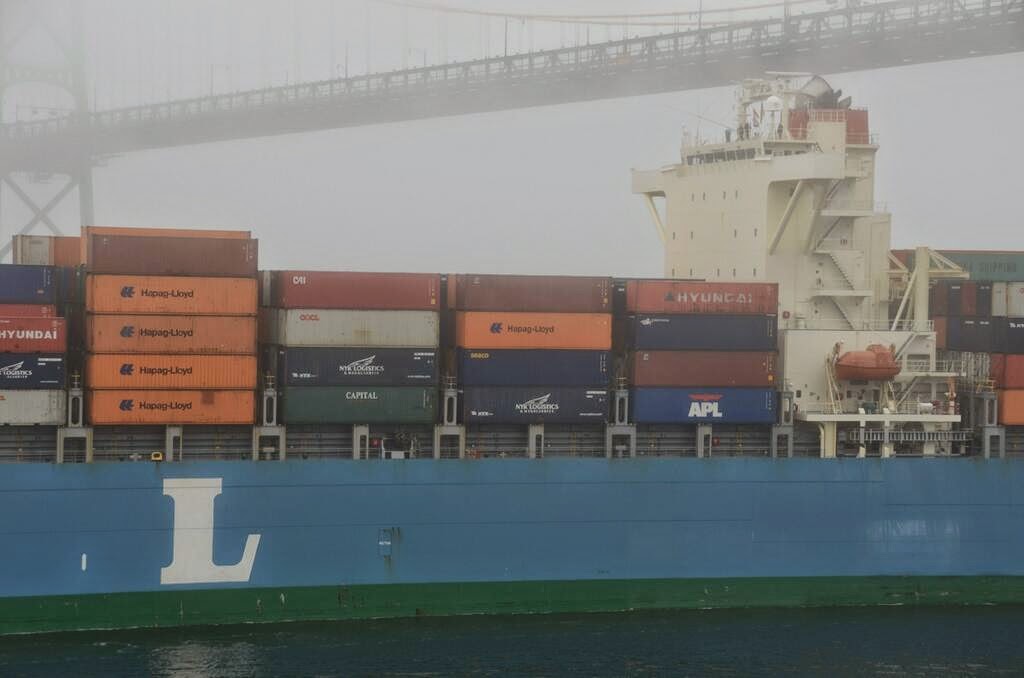 Looking at the vessel tracks, they are not abnormal – note that the track is well away from the force protection booms, and even aligns with what we expect in our monthly traffic average image. 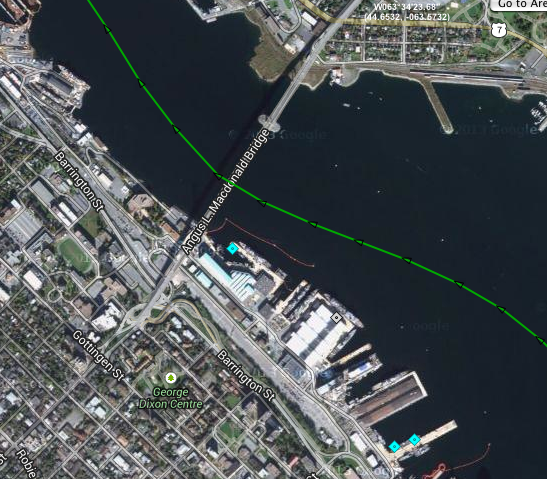 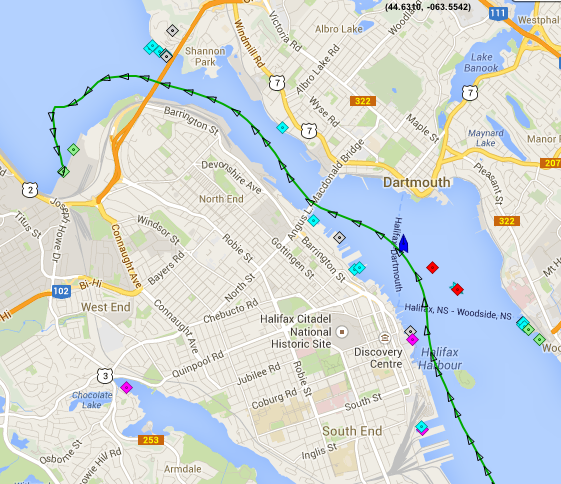