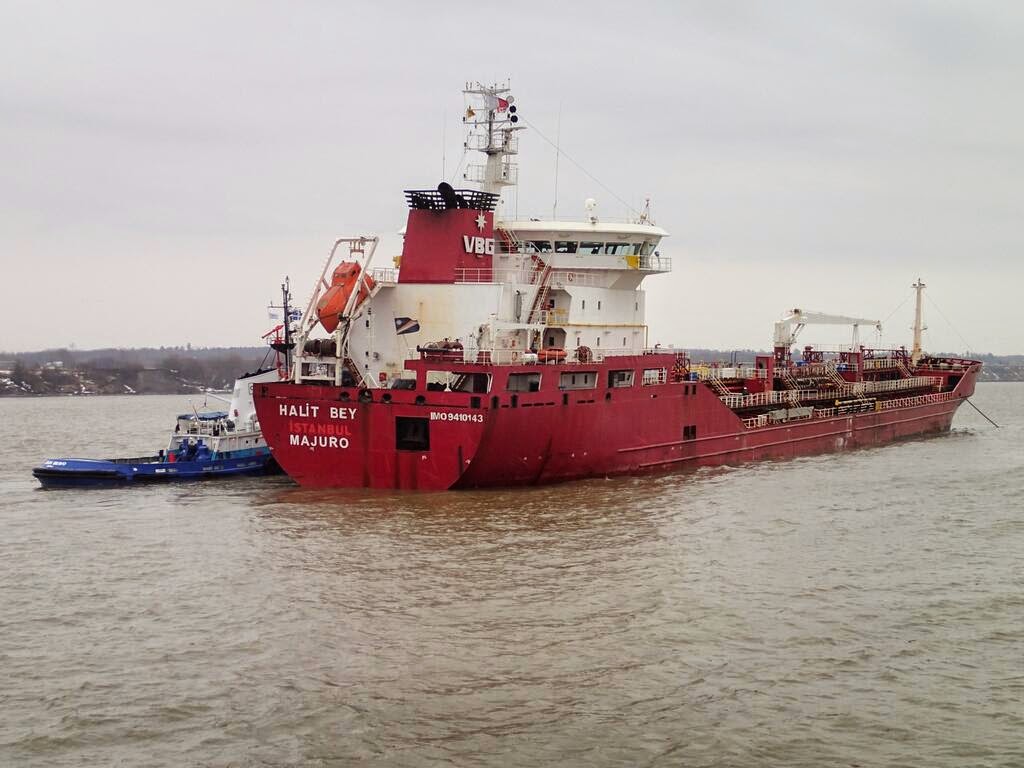 The Marshal Islands Flagged tanker Helit Bay is reported aground Between Trois Rivers and Quebec City. She was bound for Montreal From Terneuzen Holland loaded with Urea. It is unclear if she is leaking.

Tugs have been Dispatched and will attempt to re-float her on the next high tide. Trois-Rivers lists a 20cm tidal range. The TSB will be investigating.

The Vessel was built in 2009 by Turkter Shipyard in Istanbul, Turke, and is Owned and Manged by Turkish firm Vbg Shipping & Trading. She is 163m long, and Drafts 9.2m.

Update:
She floated off with tug assistance and is reported to be undamaged, and continued on her way