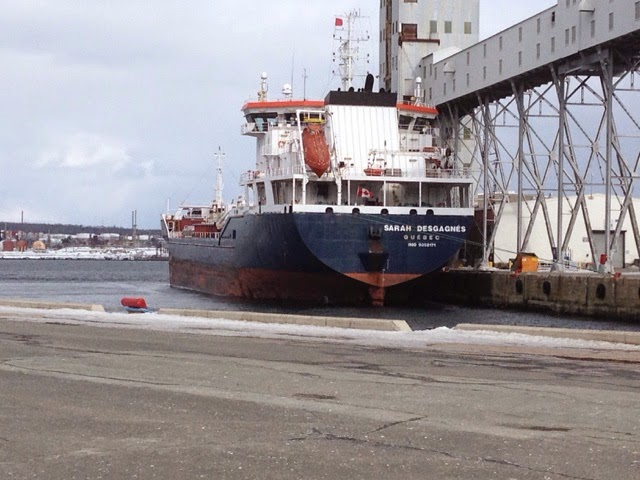 Reports on twitter are that a male fell into the hold of a ship. he reportedly missed the transition between ladders, and fell from the platform approximately 1 story to the bottom of the hold.

it is unclear which vessel was affected, It was considered a confined space rescue, which suggests it is the Sara Desgagnes which is tied up at pier 25, typically an out of the way place for Maintenance work to be performed. She arrived from Saint John, and Offloaded at Imperial Oil, before moving to Pier 25.

the injured person is reported to be conscious , breathing, complaining of back pain but not in any danger.

Will be updated as more details are known.