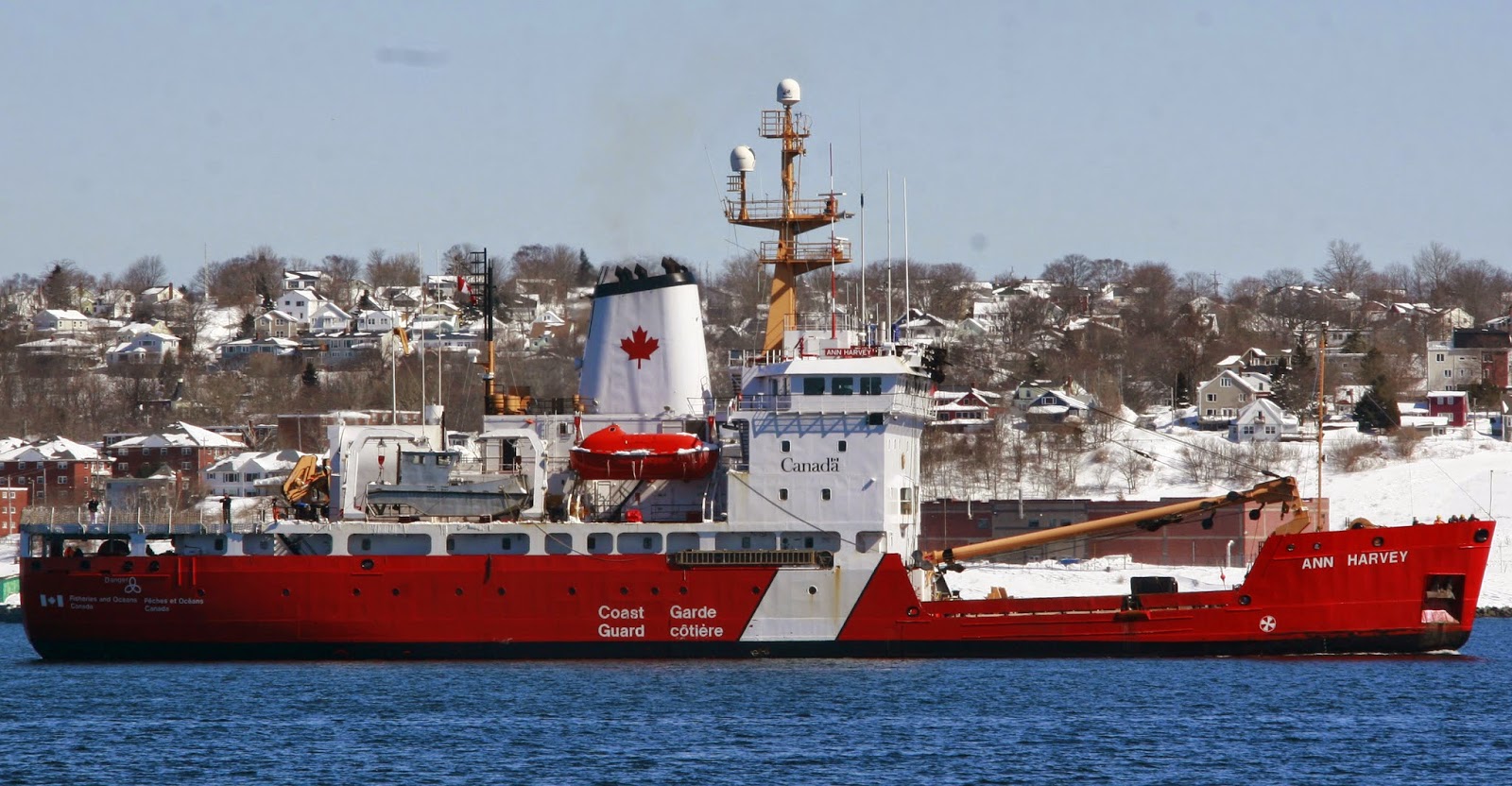 the Halifax Joint Rescue Coordination Center has advised that 2 cormorant Helicopters and 2 vessels have been dispatched to the Coast Guard Ice breaker Ann Harvey, who is reportedly taking on water. Ann Harvey was breaking ice tending buoys off Burgeo NL at the time of the incident.

She spent a week in Halifax In march.

There are 28 persons aboard, 26 crew, along with 2 cadets, and no one has been injured.
reports are the Ingress is due to the vessel striking bottom. The Burgeo Lifeboat CCGS WG George is on scene assisting and has a tow line attached to the Ann Harvey. The Louis St Laurent is 10-12 hours away, and will be released by the CCGS Teleost on her arrival, expected Thursday afternoon.

UPDATE 02/04/15 1000: She has lost propulsion, as Motor Room is flooded. Ann Harvey is powered by 3 diesels, which drive generators. The 2 fixed pitch propellers are driven by electric motors, which are located in the flooded compartment.

the 2 cadets, and 2 non essential crew members have been evacuated from the ship. DND has sent a team of Navy divers to Newfoundland to survey the vessel, and HMCS Charlottetown also departed Halifax Wednesday to provide support.

Louis Ste Laurent was due around midnight, and was planning to tow the Ann Harvey to safe anchorage in Connoire Bay. 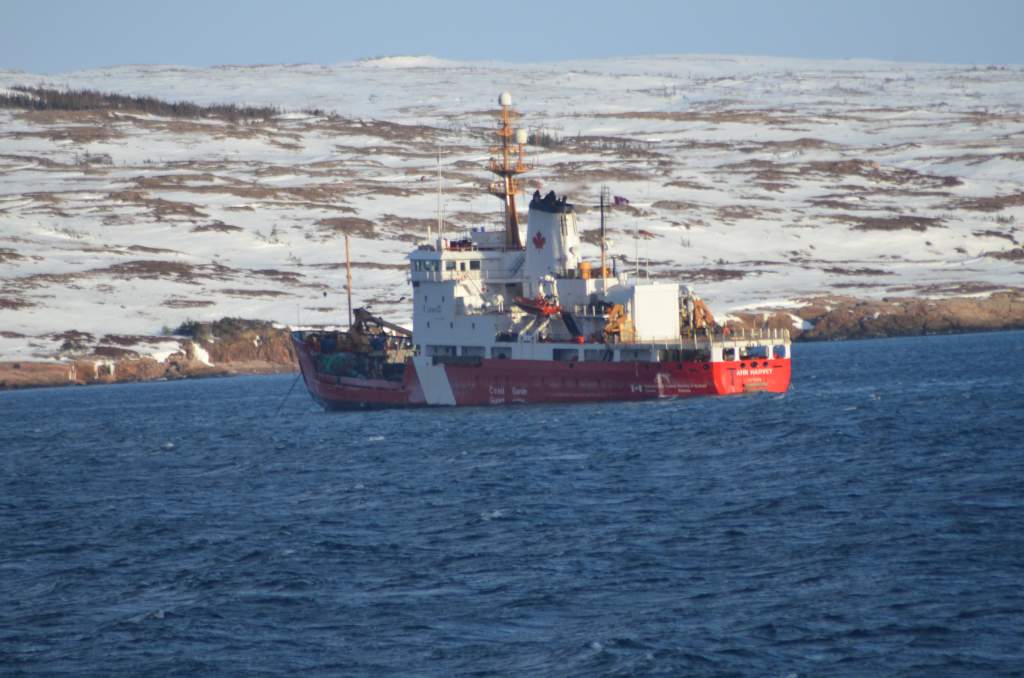