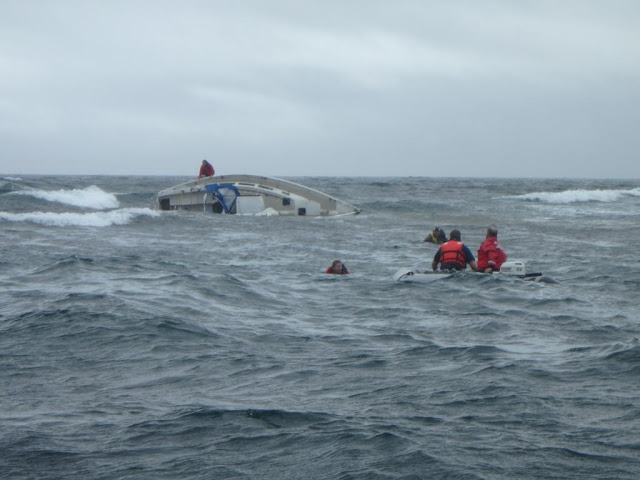 DFO released the above picture today of yesterdays incident. Reports were of a vessel in trouble, off halifax, and CCGS Sambro Was Responding. The Sambro was noted to be in a position between Conrad’s and Lawrencetown beaches, where there appears to be a shoal.

CHS Chart #4237 (Halifax Harbour and Approaches) Refers to the point of land as Fox Point, and the rocks are actually labeled Egg Island.

The Sambro collected the 3 people, and took them to the Government Wharf in Eastern passage where they were tended to by paramedics.