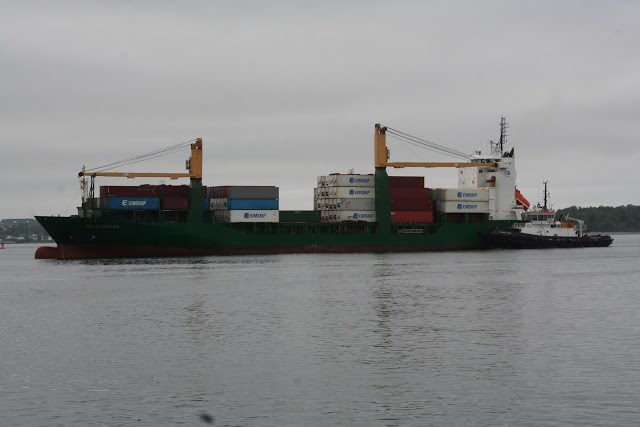 It appears Halifax has just added another Container Cruising Route. Eimskip’s Reykjafoss (three single cabins) every 35 days to Argentia and St Anthony NF, three ports in Iceland, Immingham in the UK and Rotterdam. This Cruise is 82euro/person/day

This Follows the recent start of The new CMA CGM Columbus Loop (six ships carrying seven passengers each) via Suez to Malaysia, China, Vietnam and South Korea and then on to Vancouver and Seattle.

And the Existing Options which consisted of Melfi Line’s Vera D (one double cabin) every 55 days to Cuba, Mexico and Italy; and Zim San Francisco (three double cabins) every 77 days from Halifax to China and South Korea via the Panama Canal.

This means there will now be about 185 passenger berths on offer on board cargo ships sailing from Halifax each year, where previously it had been fewer than 40. Is Cargo Cruising Popular? With so few cabins Smaller ships tend to fill early, especially ships like Reykjafoss and Vera D, but space is usually available on ships headed to China – there are so many of them these days. It’s usually a matter of either being flexible or booking as early as you can.

File Photo Above. the ship is now red.