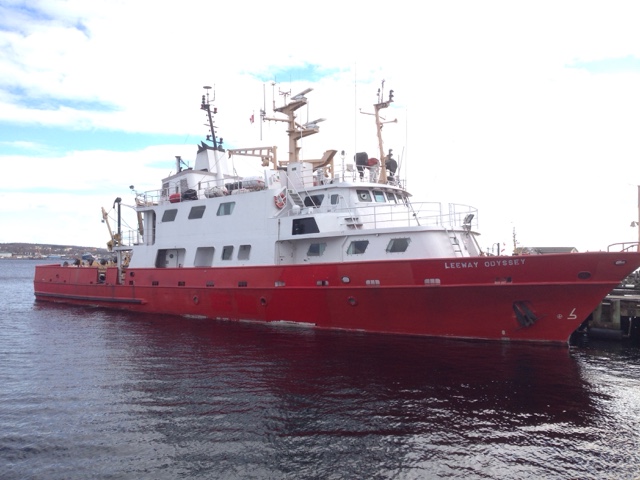 The Leeway Odyssey arrived this morning and tied up at the Museum Wharves. She is the reincarnation of the CCGS Louis M. Lauzier.

Leeway Odyssey was built in 1976 by Breton Industry Ltd.of Port Hawkesbury as  Fisheries patrol vessel Cape Harrison. In 1983, she was converted to a survey vessel and renamed CCGS Louis M. Lauzier. She was finally laid up in 1995. In 1998 she was chartered to MUN, until 2005, when she was converted back to a Patrol Vessel in Burlington Ontario, to be crewed by the RCMP and CCGS. After the Conversion, she was assigned to the Quebec region. to patrol the St Lawrence. With the New Hero Class coming into service, she was declared surplus, and Renamed 2014-03.

(below) Hastily applied lettering of her new name,  her former 2014-03 name can be seen through the red. (note the freshly painted out CG markings in the photo above) 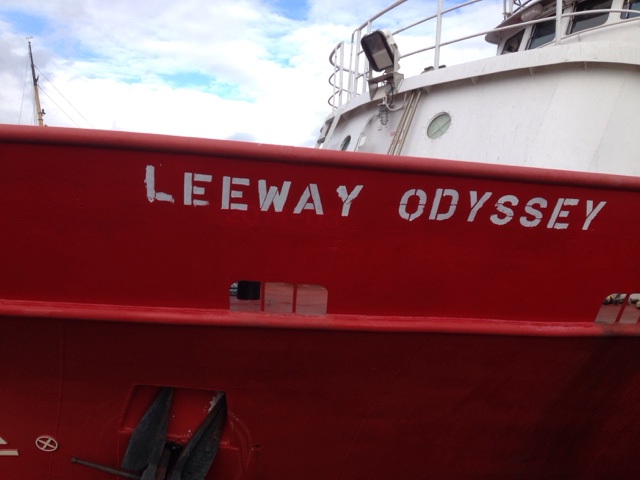 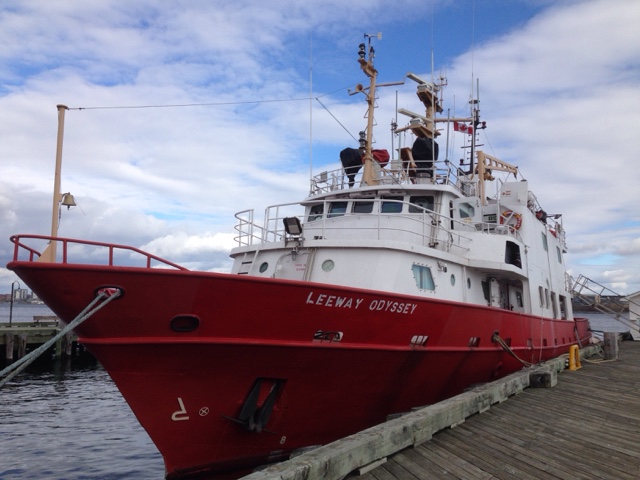 She was Registered under her current name in Halifax as of Oct 30/2015 to LEEWAY YACHTS LTD. 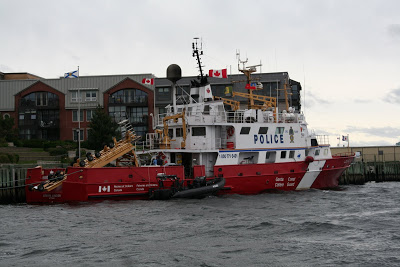