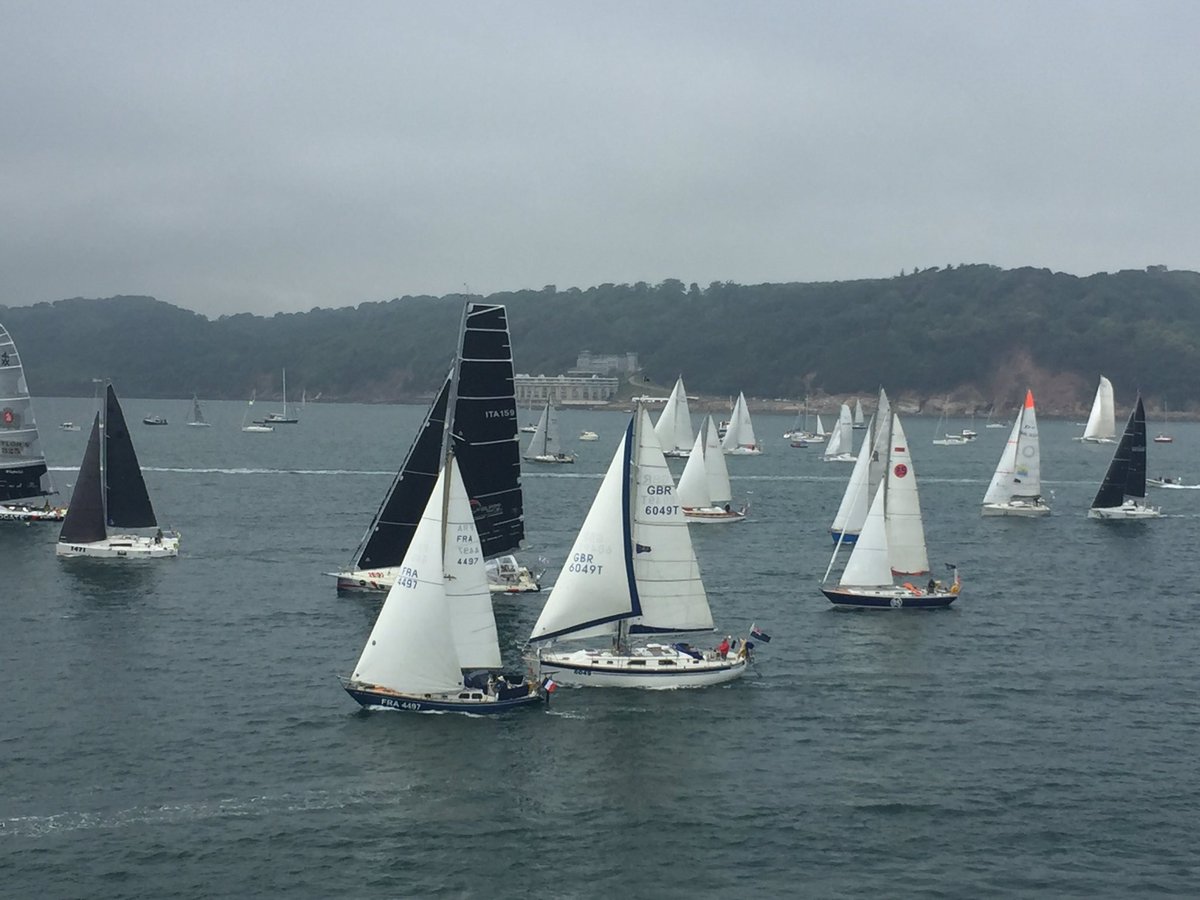 The Halifax Joint Rescue Coordination Center is reporting Multiple sailing vessels are in trouble in the mid-Atlantic that were participating in trans-Atlantic races. The Royal Western Yacht Club’s original single-handed and two-handed transatlantic races (OSTAR2017 and TWOSTAR2017) are from Plymouth, UK to Newport, Rhode Island.

JRCC reports At least one vessel is demasted, with others having rigging and or hull damage. Conditions in the area are difficult with 50-70kt winds  and 10-15 meter seas (Sea State 8 / 9)

CC-130 Hercules and a CP-140 Aurora aircraft from 14 Wing Greenwood, as well as HMCS CHARLOTTETOWN, CCGS Pearkes, CCGS Cygnus and 2 civilian tankers are proceeding to the area. JRCC is coordinating additional assistance from other Atlantic marine rescue centers, including a P3 Orion aircraft from Portugal.

Photos are from the May29th Race Start via twitter. 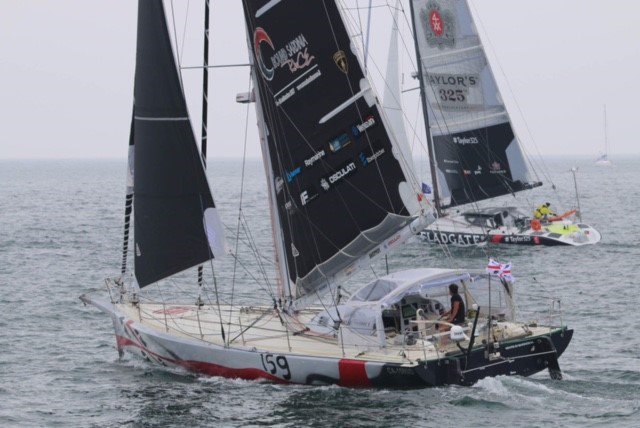 Locations of the Vessels from OStar telemetry. You can see live positions at http://yb.tl/rwyc_transat2017 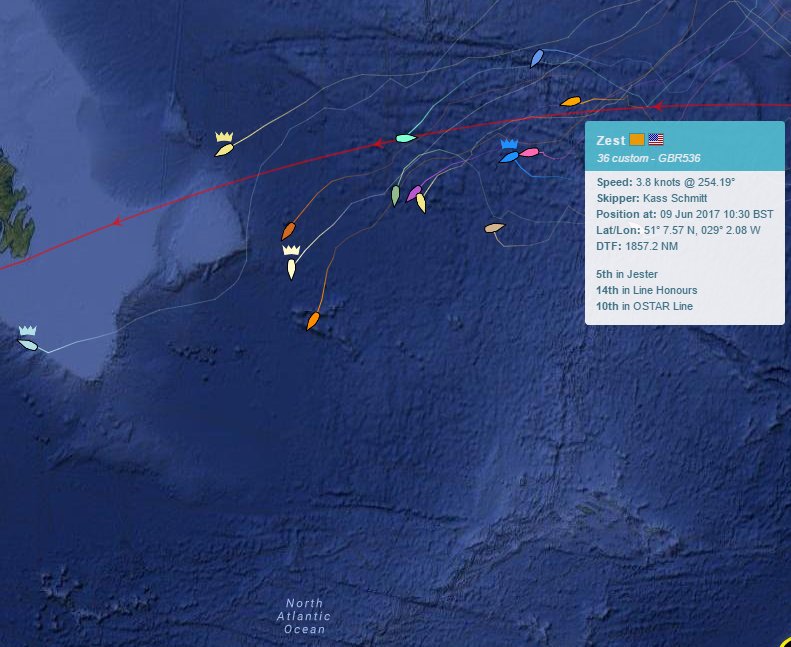 Update 15:47: 3 vessels triggered emergency beacons just after midnight. 2 are single handed, and the third has a crew of 2. They were 1600nm east of Newfoundland around noon today.

JRCC is reporting one vessel has motored out of the storm area and is no longer in danger. 2 crew have been rescued by a merchant ship, and the Queen Mary II is on its way to the third.

Additionally a 4th vessel is taking on water 250nm off Newfoundland

As 0f 1700 June 10th, the original 3 distress calls were resolved. ALP Forward Rescued 2 Sailors  from 1 vessel, The Queen Mary II rescued one from a second vessel and the single sailor on the third vessel was able to motor out of the storm area and was no longer in distress. Merchant Ships MSC Anzou, Labrador and Federal Kushiro provided additional assistance.

The sailor on the 4th Vessel, off Newfoundland was rescued by Thor Magni,  with a PAL aircraft overhead. 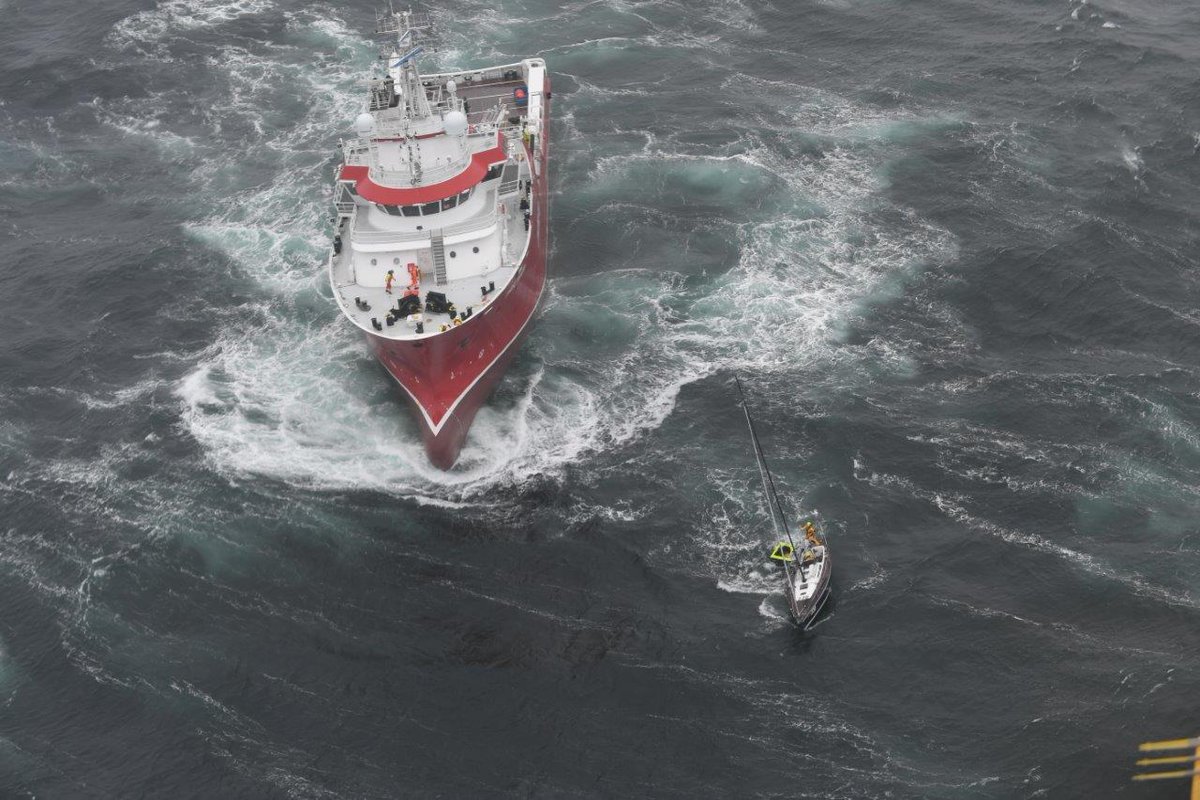 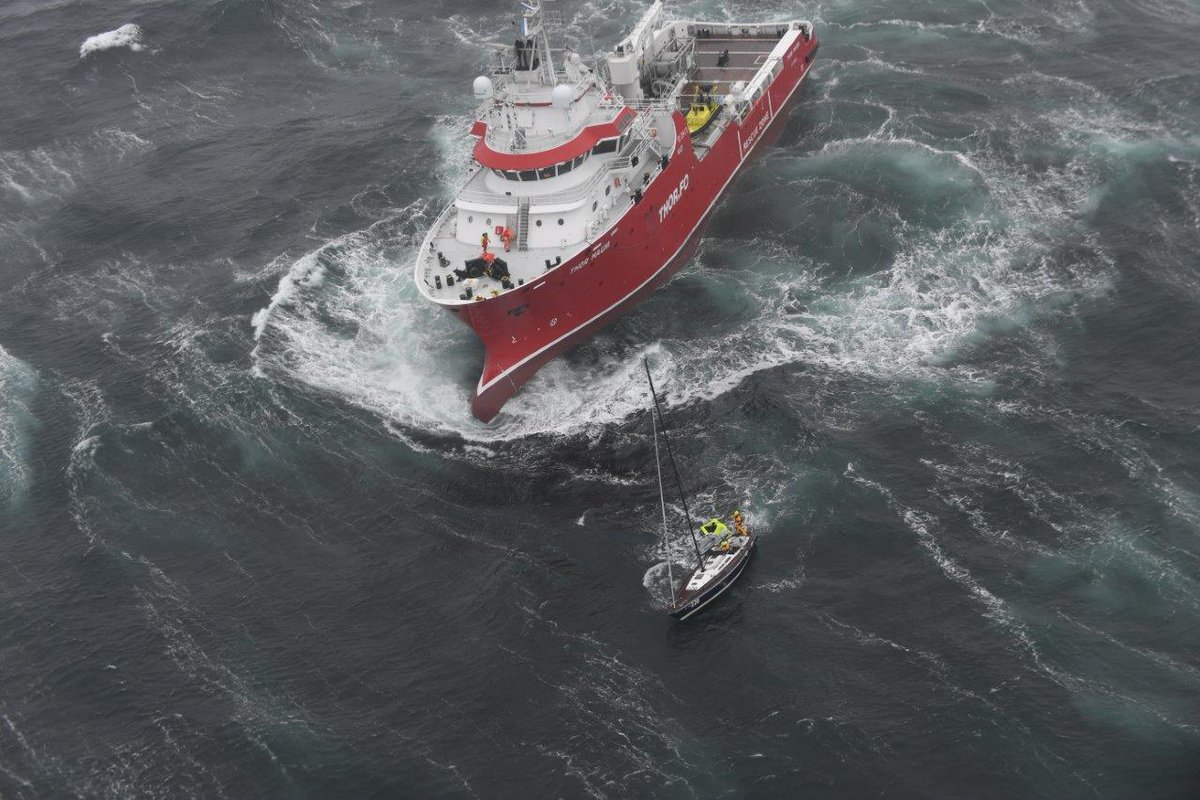 Yesterday a 406 EPIRB was detected 350nm South East of Newfoundland. The sailor reported keel damage and that he was taking on water. After refueling at the White Rose Platform, a Cormorant helicopter rescued the sailor and flew him to St john’s