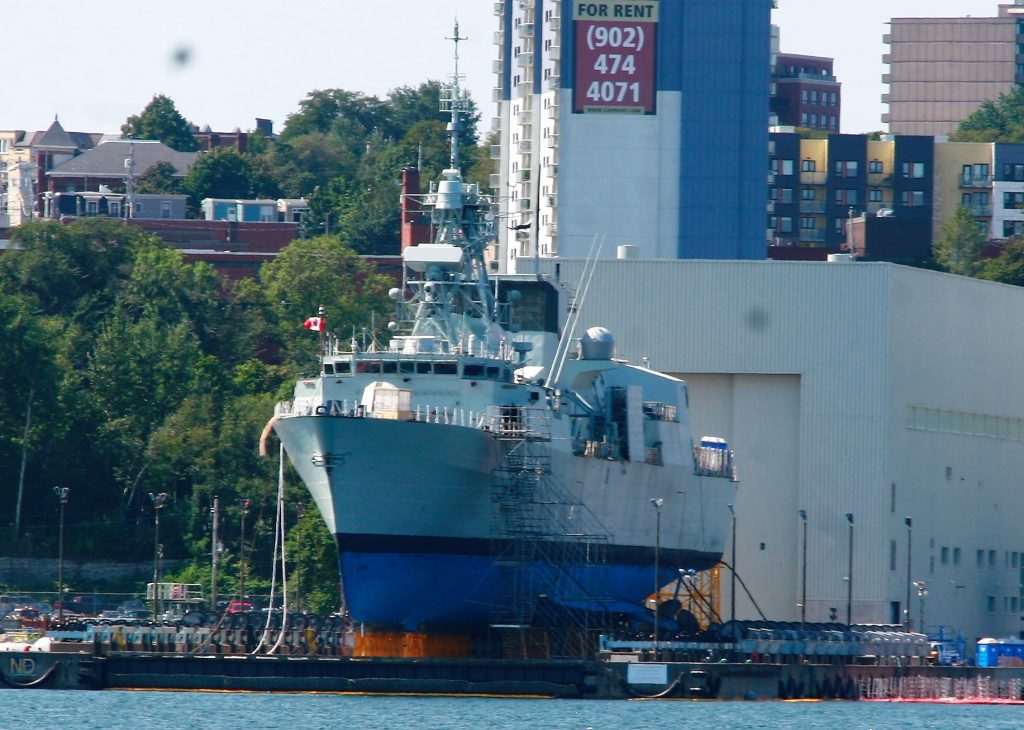 HMCS Saint Johns has been on the Dockyard Synchrolift for the last week or so, having some hull plating repaired. The Ship returned from Op reassurance in the Mediterranean July 23.