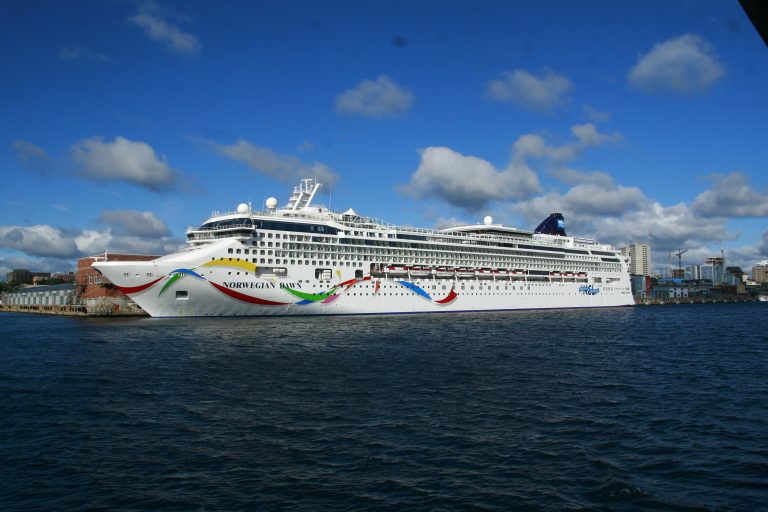 1. Norwegian Dawn (above), scheduled for 3 days in Bermuda from Boston, was re-directed North due to hurricane Florence. Passengers spent Sunday in Halifax, then headed for Sydney, with a final stop in Saint John.

2. A passenger went overboard on off AidaLuna off Newfoundland. Daniel Küblböck is reported to be a 33 year old winner of a German singing contest tv show. Nearby vessel Holland America’s Zuiderdam is assisting in the search, along with Coast Guard and Airforce  resources. 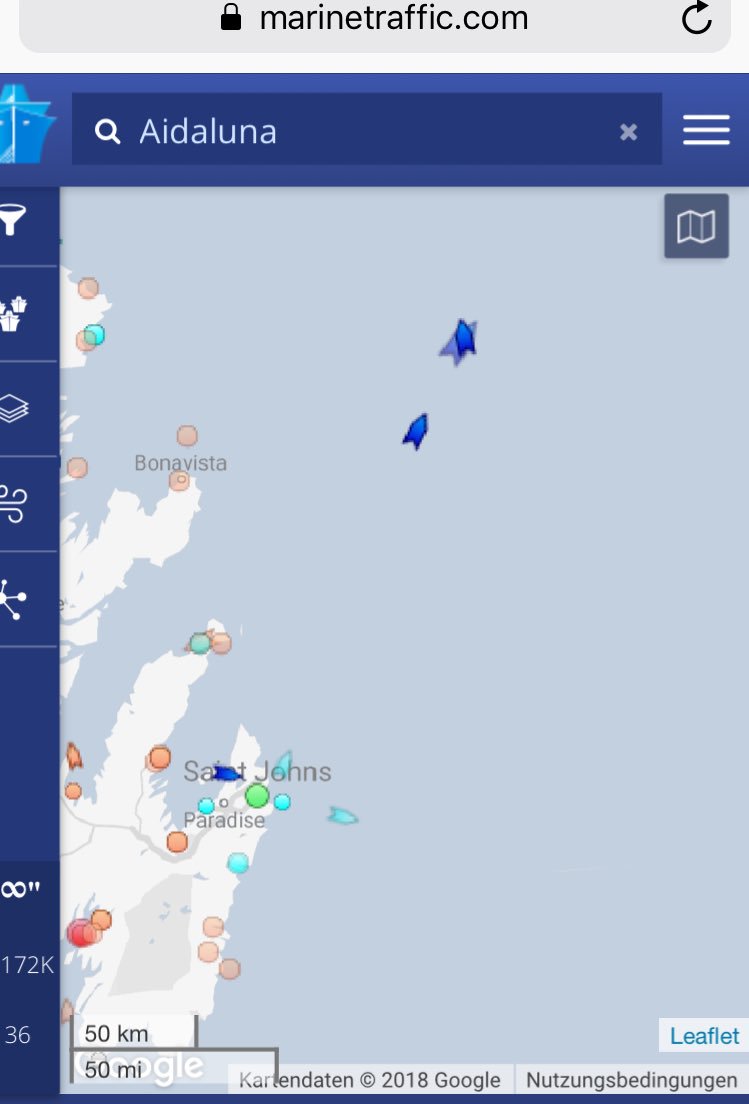 JRCC reported that after an exhaustive air and marine search for Daniel Küblböck, a 33 year-old male who had reported to have gone overboard off the cruise ship AidaLuna, approximately 110 NM north of St. John’s, NL. has concluded. The SAR case will be handed to Newfoundland RCMP as a missing person case. Water temperatures are around 13 degrees.

Both AidaLuna and the Zuiderdam  are in Halifax Sept 11.

3. The cruise ship Star Pride, who stopped in Halifax on Sept 5th, lost power off Cape Cod, and needed to be towed into port. She is Due back in Halifax on the 13th.

UPDATE:  – It just got worse
#4. the TSB Announced it was investigating an incident during a lifeboat exercise yesterday, involving the crew of the Cruise Ship Amadea while secured at the Port of Québec, Quebec

The Amadea calls in Halifax from time to time.

2 thoughts on “A Weekend of Bad Cruise News”