With the recent news of Cape Sharp Tidal’s troubles, it was interesting to see a report out of UK’s independent – about success in Scotland’s Tidal energy test site off Orkney.  Orkney features a 4-5m tidal range, which equates to 12-15 feet, or around 1/3 of the Fundy Force test Sites Tidal Range.

The Scotrenewables Tidal Power SR2000 turbine, produced 3GWh in its first full year in operation, including over the winter. the turbine is designed to float on the surface, and moored in place, with an inverted windmill like structure to generate power.

to my eye – this looks like a relatively simple system to deploy and maintain. also Good news for Fundy Force – DP Energy Canada plans to test one of these devices here in the future, and may prove to be the Redeemer of tidal energy in Nova Scotia after the failure of OpenHydro, and the Cape Sharp Tidal Partnership.

The Cape Sharp turbine, currently installed in the Bay of Fundy by the troubled Open Hydro is a large Doughnut shaped structure, with blades on the inside is designed to sit anchored to the ocean floor. 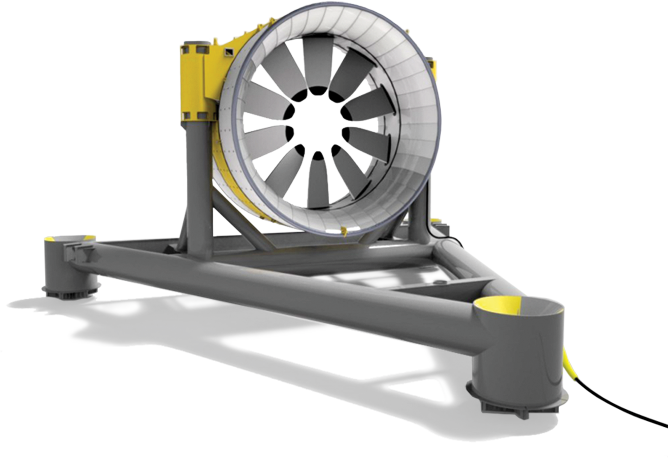 this appears to be a much more complex system, as the required sub sea infrastructure is significant, and all construction and maintenance activities require specialized barges, powerful tugs and divers.

3 other Projects are also in the works.

DP Canada also plans to test a Anchored Monopole turbine – think of it as a wind turbine, but mounted on the sea floor. this option will likely run into the problems of the Open Hydro turbine, but the advantage to mounted turbines on the sea floor is that they are invisible on the surface, and potentially less problematic for surface traffic. 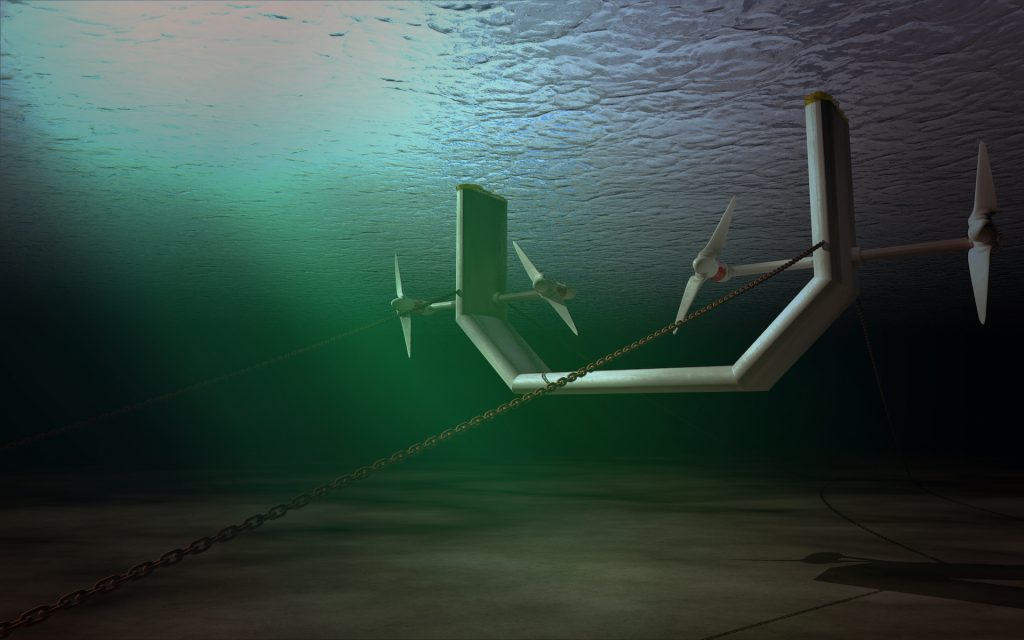 Minas Tidal is looking to deploy Tocardo generators on a semi-submersable frame, moored to the seafloor. (above) This project is very similar to what was done in Scotland – the turbine is in commercial use already, Each unit is rated at 250MW – the trick for them will be to find a configuration and logistical solution that works.  the example above, deployment is accomplished by floating the entire assembly horizontally, then submerging it into the proper orientation.

Sustainable Marine Energy or SME, is preparing a test turbine for installation in DIgby Neck.  they also had a turbine installed at the Scottish test site. Black Rock Tidal is owned by the turbine maker, and is looking to commercialize this technology in Canada.  SME’s project will deploy a PLAT-I tidal energy platform hosting four SCHOTTEL HYDRO SIT 250 turbines. this turbine is a moored floating structure, with the turbines placed in the water below.

the ultimate installation is project to look like the image below. Of note, the Plat-I test platform arrived on the Atlantic Sky, on July 4. 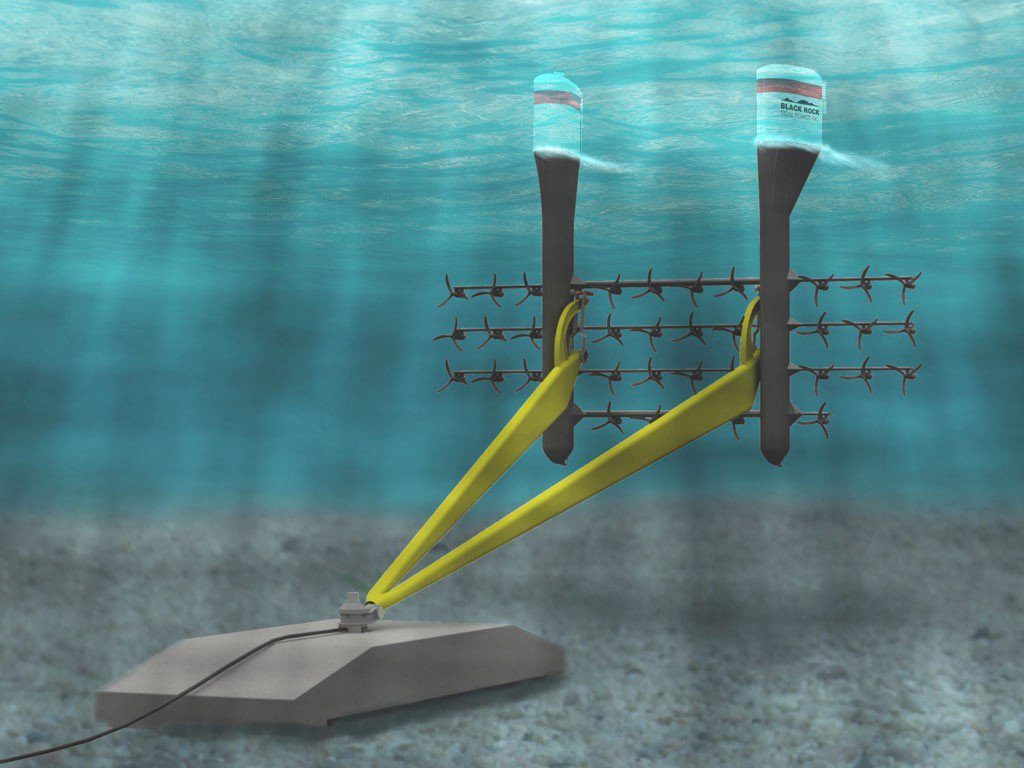