1.ACL Changes.
ACL is reducing the size of its Halifax office, laying off 15 staff and retaining 6. No changes are planned to the twice weekly call to Halifax, however Goteborg Sweden was dropped from the rotation, and will be served by a feeder service.

2. Ferry #5
the newest Halifax transit ferry, Rita joe will have her dedication ceremony Friday afternoon from 2-3pm at Alderney landing. the boat went into service on the Tuesday afternoon 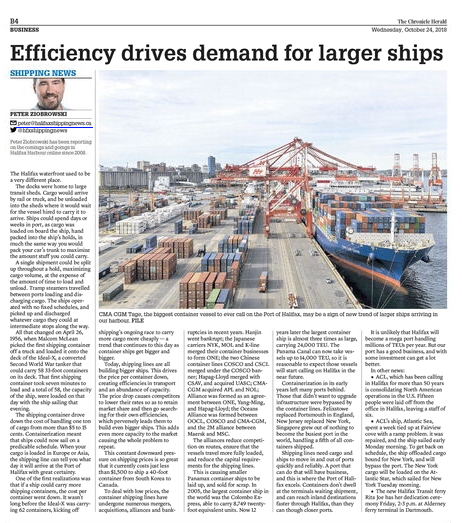 this week i talk about the ever repeating history of the container business. Efficiency drives demand for bigger ships

4.CCGS Changes
the Feds announced the creation of an Arctic Region today. The Canadian Coast Guard currently has 3 operational regions: Western, Central and Arctic, and Atlantic. The Coast Guard will have 4 operational regions once the stand-alone Arctic region is established.
As well, the interim icebreakers being converted by Davie, will be less interim, and more permanent.

1. its nautical out.
that bad weather the other day – some kids went sailing, and it was awsome.

A postcard from the 1920s showing a proposal for the #Halifax Ocean Terminals by Ross & MacDonald Architects, best known locally for designing the Hydrostone neighbourhood with Thomas Adams. #heritage pic.twitter.com/LTNgP8sJTp

Oct 21,1805 – 1805 Nelson leads the Royal Navy to victory over the Franco-Spanish fleet at Trafalgar
Oct 21 1910 – HMCS Niobe arrived in Halifax, making it the first Canadian warship of the newly formed RCN.

Oct 19, 1940 – auxiliary minesweeper, HMCS Bras D’Or, sank in the Gulf of St. Lawrence during heavy weather with all hands lost. 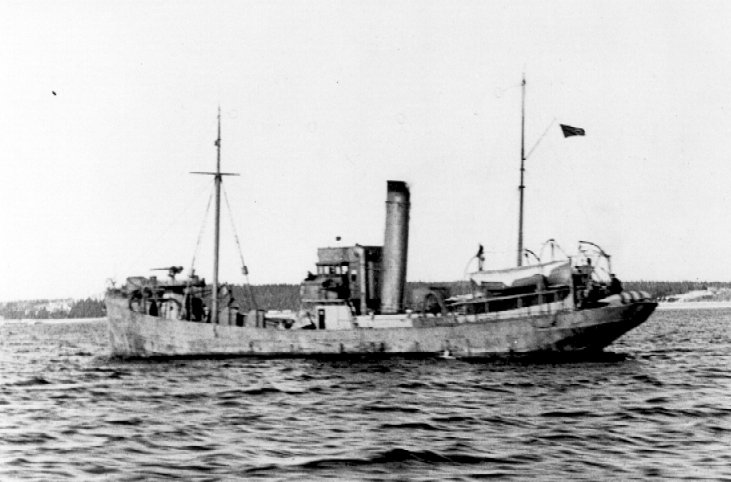