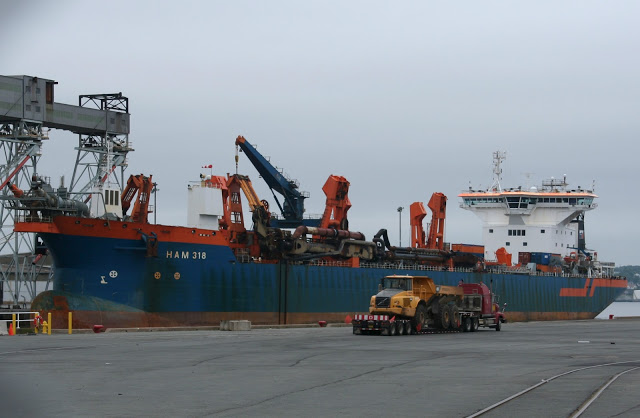 The Training Suction Hopper Dredge HAM 318 made a stop this weekend for supplies. Trailing suction dredges work by dragging 2 suction heads on the ocean floor, which work material loose and vacumes it into the hoppers on board.

Dredgings can be discharged via Depositing through doors in the Hull, Pumping via a pipe attached to the bow, or Rainbowing where dredge material is pumped out of a monitor on the Bow.

HAM 318 is owned by Van Oord, who owns one of the largest Dreging fleets, and owns the Largest dredgers. HAM 318 is doing seabed dreging around wells at the Hiberina project off Newfoundland.

She is expected to Sail today, around 1400