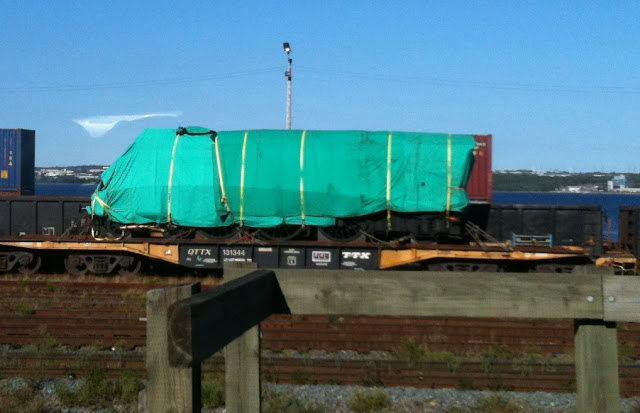 The Train Geek pointed me to the Shipment of the second A4 Locmotive – The “Dominion of Canada”. It arrived in Halifax Yesterday from ExpoRail in Montreal, And will likely ship out on the  UK Bound ACL Vessel Next Monday.

As of this morning, the tender had been moved to a palet of some sort. It can be seen in the photos of The Previous A4 – the “Dwight D Eisenhower” which traveled via ACL August 27