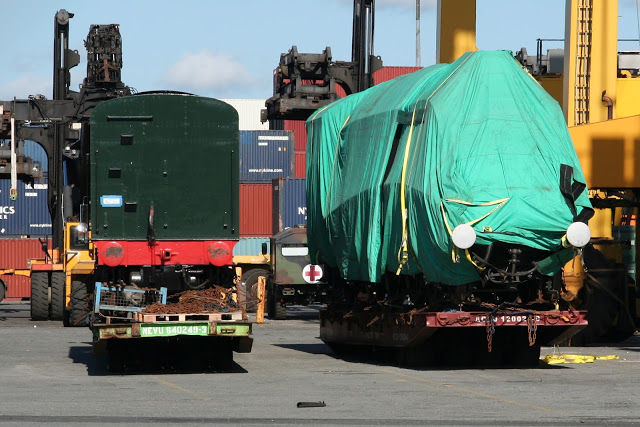 Through The Train Geek I learned that 2 British Steam Locomotives would be returning to England. The First, the Dwight D. Eisenhower arrives on the 19th, and has been transferred to Trailers, presumably to be loaded on a UK Bound ACL Vessel on Monday.

A second Locomotive, The Dominion of Canada will also be returned to England in the coming weeks.

1 thought on “Interesting Cargo for the UK.. More Locomotives”