The Royal Nova Scotia Yacht Squadron race committee vessel is named the Enos Collins, and today the federal government named a building in Amherst after him. 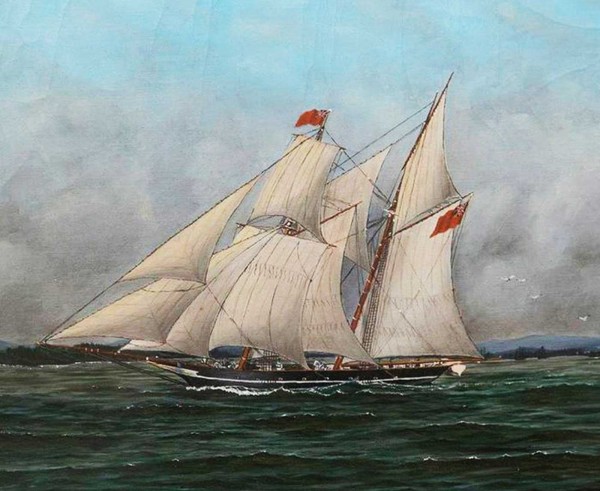 “Enos Collins was part owner of three privateer ships, including the Liverpool Packet, which captured 50 American merchant vessels for the British,” MP Armstrong stated. “Not only did he contribute immensely to our victory in the War of 1812, but he was also well-known in the community for his contributions to several charities in the Halifax region.”

As a young boy, Enos Collins went to sea aboard his father’s ship. His ambition eventually led him to become part owner of multiple vessels trading out of the thriving seaport of Liverpool, Nova Scotia. During the War of 1812, Collins was a co-owner of the Liverpool Packet, which became famous for capturing 50 American merchant vessels for the British. At that time, he also founded the Halifax Banking Company, which is known today as the Canadian Imperial Bank of Commerce.
For more information on Enos Collins and the War of 1812, please visit 1812.gc.ca.