Hero Class #5 was rolled out this morning for painting. She will become the CCGS G. Peddle. Hero #4, CCGS Constable Carrière, has been tarped to protect form overspray, though there are clearly some wind issues. 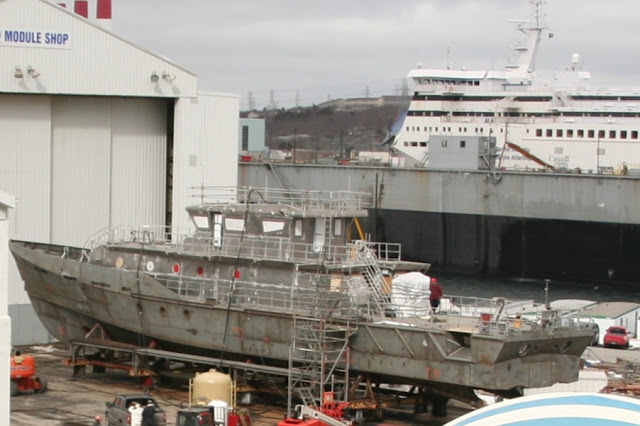